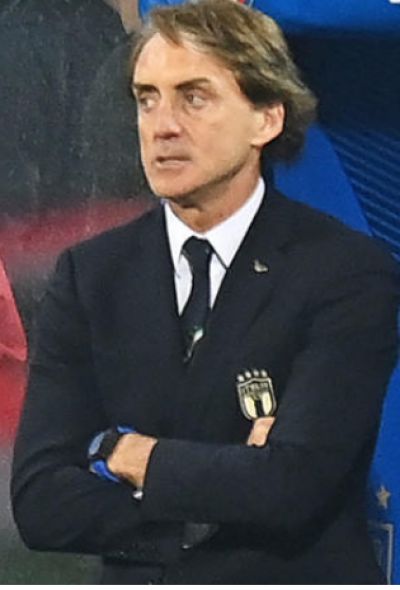 The Azzurri, for the second consecutive time, will not be in the World Cup coming this winter in Qatar. This happened on their home turf in Palermo with a crowd of 34,129. Italy controlled possession 61 percent to 39 percent and had an advantage with shots taken at 32 to 4, corners 16 to 0, and shots on goal 5 to 2. However, at the end of the day, the only stat that matters is the score. North Macedonia waited for their chance to strike, which finally came from Aleksandar Trajkoski into the back of the net in the 92nd minute. With what might be the biggest fall for a national team in history, the European champs, currently ranked 6th in the world standings, will be watching the World Cup from home while 32 other teams will be competing for their county.

Many blame head coach Roberto Mancini for not switching up players, using the team that brought him a European championship out of comfortability. With choosing to play it safe while there were obvious problems with the team to even be put into the position to have to play into the World Cup, Mancini chose loyalty over making hard choices. Many will blame Jorginho who missed multiple penalty kicks throughout the World Cup qualifying campaign but manages to remain perfect in penalty kicks at his home club for Chelsea. Some will blame Gianluigi Donnarumma, who was once regarded as the best goalkeeper in the world but has been humbled with terrible play recently. Still, the injuries are tough to ignore with Federico Chiesa and Leonardo Spinazzola being the sparks that won the European championship last summer not being able to play.

I was not supposed to be writing this article. Italy is just coming off the longest unbeaten streak in the history of international play which included wins over powerhouse teams like Spain and England. Hopes were high. When I first started writing Calcio articles, after the Azzurri won the European championship, the plan was to have an in depth preview of the Azzurri going to the World Cup. Disappointingly, now it is an article about what happened, what should have been, and what it looks like going forward.

I have always preferred watching Serie A over more higher-paying prestigious leagues because of the regional rivalries as well as nostalgia for players I saw growing up with the Azzurri. However, there will be an 8-year gap since Italy last played a match in the World Cup as well as 16-year gap since the last time Italy played in a knockout game in the tournament. This means we are going to miss out on an entire generation of fans that have memories of when they were kids, rooting on the Azzurri with family and friends.

In the aftermath of the loss, it seems no one still is quite sure what to do about the Azzurri. Ciro Immobile currently has the most goals for Serie A for his home club of Lazio. However, he has been heavily criticized in the media and online for performing well for his club but not for his county. In the aftermath of the failure to qualify for the World Cup, it looks like he will retire from the Italian national team. Many are calling for Mancini to do the same. One thing is certain. Steps will be taken to change things moving forward and the team we love will never be the same again.