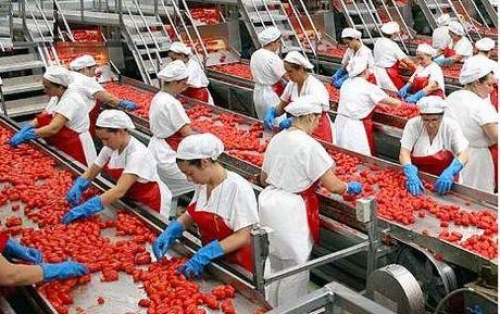 Establishing a business in Italy, let alone Southern Italy isn't exactly the easiest task to do. As many of you may know, high taxes, a more than complicated bureaucratic system, and especially in the South, the territorial "warlords," can drive any foreign business away from the boot shaped country. However, that is not the case with the Japanese mega group of Mitsubishi. The king of canned tomatoes in the world, Antonino Russo, founder and CEO of AR Industrie Alimentari S.p.A, just turned over 51% of one of his factories in Puglia to the Princes Limited, a subsidiary of Mitsubishi Corp. A friend of my family, I was fortunate enough to sit down with Russo to chat a bit about his success and how he converted the Japanese to believe in the South of Italy.

The story of Russo is by far one of a kind. Especially because it's not easy to explain how complicated it is to create an economic empire out of nothing particularly in an area of Italy where not even all the streets are asphalted. The 82 year-old from the Sant'Antonio Abate, in the province of Naples, is the fifth of ten children and began his career working with his family, who were wine and durum wheat merchants. After a few years, he had the intuition that the canned tomato industry would be taking off in Italy in the upcoming years. So in 1962 without two lira to rub together, he asked his mother for 2,000 meters of land of the 6,000 meters she owned, to start his business of the production of canned tomatoes. After insisting several times, she gave in and that's how his first company, La Gotica took off, increasing production year after year. Today, Russo owns one million square meters of land.

By 1970, Russo established a new factory in his hometown of Sant'Antonio Abate. By the 1980s he founded another company, Sanpaolina, that is today run by his daughter. He continued to expand across the south of Italy and even in Africa, achieving immediate success. In 1983, he and four other partners bought a company that was going out of business and they established La Perla Conserva. During the first three years, the business wasn't taking off, so his partners left him their shares. He rearranged a few sections of the company and sure enough, the business took off. A typical self-made man, toward the end of the 1980s, Russo established a modern factory, Velibox, for the processing of tin and the production of empty tin cans.

So how did he get the Japanese involved in Southern Italy? They have been long-time partners when Russo hooked up with Princes to distribute his product in Great Britain in 2001, selling anything from canned tomatoes and simple tomato paste to even blended tomato paste with olive oil and other elements under the "Napolina" brand name. Then in January 2012 came the official agreement that Princes Limited joined forces with AR Industrie Alimentari S.p.A., (ARIA) to establish a new tomato processing company in Italy named, "Princes Industrie Alimentari SrL" (PIA), of which Princes acquired 51% of its shares. The agreement provides that Russo's group would transfer its major tomato processing factory and existing commercial rights to PIA. PIA will acquire ARIA's 120,000 square meter tomato processing factory in Foggia (Puglia), the largest site in the world and one of the most advanced facilities of its kind in Europe. Construction of the site began in 2007 and was completed four years later, costing Russo 110 million euros. The new business will process up to 400,000 tons of fresh tomatoes a year and is expected to generate annual sales of more than 200 million euros. With this acquisition, Princes' business model will be expanded even further, securing stable supply and enabling it to cover everything between the processing and sale of tomatoes. This will further strengthen PIA's ability to supply quality products, deliver excellent service and provide quality assurance to its customers.

For Russo, the agreement with the Japanese company only reinforces his group, since he chose the best kind of business partners to have and believes that a partnership like this opens the market. Russo further explains that alliance has an incredibly important value and is extremely unique. Confirming this Russo stated, "Many look at the partnership and say I attracted foreign investors in Italy. But we did something even greater; we attracted huge capital to the South."

With no formal education and just the thirst of succeeding and providing success for him and his family, he has become the leader in the tomato industry.

Tweet
More in this category: « The hidden jewels of Sicily The Motorvalley Region »