Mario Andretti: The Italian Driver of the Century 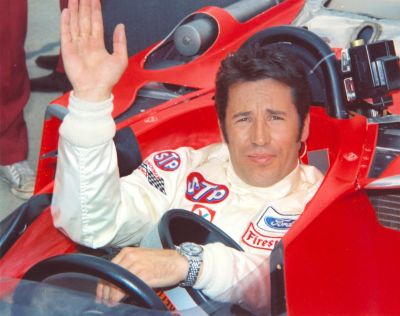 His passion for motor racing as a youngster in Italy would be fulfilled in America in 1955, arriving with his hopeful family in New York Harbor and looking for a new life with more opportunities. Mario Gabriele Andretti was born in Montona, Italy (now Croatia), about 35 miles from the northeastern city of Trieste along with his twin brother, Aldo, to parents, Alvise and Rina Andretti on February 28, 1940. World War II broke around the time he was born.

When the war ended, the peninsula of Istria, which is where Montona was located, became part of Yugoslavia. So, the Andrettis were forced to stay inside a communist country. The family stuck it out for three years, hoping that the only world they had ever known would right itself. In 1948, they decided to leave and eventually ended up in a refugee camp in Lucca near Tuscany. The Andrettis lived there, in one room with several other families with blankets separating each one’s quarters, until 1955.

Formal requests for visas had to be submitted to the American Consulate. Only so many people were given visas at one time. When they reached a quota, there would no more granted. Mario Andretti, a youngster at that time, recalled: “Many people were trying to leave. Some were going to Argentina, some to Australia, and some to Canada. Everyone followed their imagination. And some people stayed. Whatever you thought was best bet,” as written in his biography.

On the morning of June 16, 1955, the Andrettis cruised into New York Harbor aboard the Conte Biancanano, the Italian ocean liner. The family of five carried only $125 and no one could speak English. Mario and Aldo were 15, culturally confused, in a new, English-speaking world.

Before journeying to New York Harbor, the young Andretti twins had gone to Monza, Italy in 1954 to watch the Italian Grand Prix, vividly remembers Andretti: “In those days, motor racing was more popular than any other sport in Italy, including soccer. In the 1950s, Ferrari, Maserati, and Alfa Romeo were the top players in Formula One. And the world champion at that time was Alberto Ascari (Mario’s idol),” writes Andretti.

A few days after arriving in America, the Andretti boys discovered a racetrack right near their home in Pennsylvania. It was a half-mile oval track, which was different than what they had seen in Europe; the cars were modified stock cars, not sophisticated grand prix cars like they experienced back in Italy. “There was a lot of speed. And it looked very, very do-able to us. We were on a mission…The first time I fired up a car, felt the engine shudder and the wheel in my hands, I was hooked,” vividly writes Andretti about his instant love for racing in his book, “What’s It Like Out There.”

The 1960s were incredibly momentous for the Andretti team, tallying 21 modified stock car wins in 46 races in 1960 and 1961. The Andretti racing team kept winning remarkably and Mario drove with a passion and joy that few, if any, have equaled. Mario’s most celebrated win in the Indianapolis 500 came in 1969. He led a total of 116 laps and established 15 of 20 new records set during that memorable event. Mario scored a total of nine wins and five pole positions that season and went on to win his third national Indy Car title; he ended the decade with a total of 30 victories and 29 out of 111 Indy Car starts.

Mario’s racing success was nowhere near a foreseeable hope in his early Italian days. Mario recalls those difficult days after the war, in a Yugoslavian refugee camp, with his papa waiting anxiously for their visas affirming to him: “I am looking at your future, where I think would be the best solution for you kids to have opportunities, and he was correct: He was right because if we had remained in Italy I don’t know whether I could have pursued what is my first passion and the only passion I really had career wise,” Mario states in his biography.

Andretti’s winning ensued, efficiently and magically at times, and he took the checkered flag 111 times during his career, a career that stretched five decades. He won the Indianapolis 500, Daytona 500, the Formula One World Championship, and Pikes Peak Hillclimb. He won the Indy Car National Championship four times and was a three-time winner at Sebring. He was named Driver of the Year in three different decades, Driver of the Quarter Century (in the 90s) and the Associated Press named him Driver of the Century in January, 2000. Andretti is an American racing icon, considered by many to be the greatest race car driver in the history of the sport.

These days Mario is a spokesman, associate and friend to top executives around the world. He works with Bridgestone, Firestone, MagnaFlow, Mattel, Phillips Van Heusen, Honda, and GoDaddy. Healthy and fit, Mario looks like he could slip right back into the cockpit of a race car and often does, in the two-seater which allows for a passenger to sit behind the driver and truly experience the speed and pressure that comes with open-wheel racing. Mario remains vibrant, pursuing other passions, still working at a number of personal business ventures, including a winery and petroleum business.