About the Author: Mario Puzo 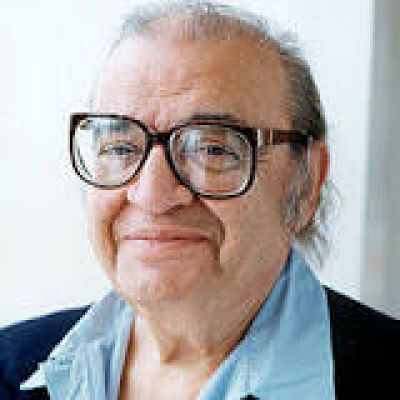 One of the many benefits of traveling to Italy, especially to Italian Americans, is that you experience firsthand the differences between Italian and Italian American culture. For me, some of these differences were quite surprising. One of the most memorable revelations was the reaction some Italian friends had not only to “The Godfather” but also to Mario Puzo.

When “The Godfather” came out, I was a kid who didn’t know much about the Mafia. So, I guess I could be forgiven for loving that movie, but everyone in my Italian American neighborhood loved it, too. On the screen, we saw people who lived as we lived, except for the Mafia aspects. The food, the music, the close family bond, all rang true to what we experienced on a day-to-day basis. They danced the tarantella and sang “Che La Luna,” icons of our culture.

My friends back in Italy…well, they were not fans and they had a special dislike for Mario Puzo who created it. In one conversation, a friend said; “I hate that movie. I hate the image it painted of the Mafia.” Her voice dripped with vitriol. While many Italian Americans venerate the Mafia, Italians know the truth which is far from the romantic image that Puzo painted of these “men of honor.” It would be a mistake, however, to dismiss Puzo based on this one work.

As I think of Puzo’s life, I can’t help but feel good for him. He was born in a neighborhood on the west side of Manhattan known as Hell’s Kitchen. By the name alone you can tell that it was not the posh part of town. His immigrant Italian parents were like so many Italians who came to this country, illiterate and poor. Making things even worse, when Mario was in his teens his father deserted the family. The author, on his return from WWII, struggled to make it as a writer. He worked at various jobs, finding what time he could to write. Finally, in 1950, Puzo’s short story “The Last Christmas” was published. This was followed in 1955 with the novel “The Dark Arena” and “The Fortunate Pilgrim” in 1965. During this time, Puzo worked as a writer/editor for such pulp magazines as Male, True Action and Swank.

While his work was critically acclaimed, Puzo learned a bitter truth; great reviews do not translate into great sales. If he wanted to succeed as a novelist, to graduate from it being a hobby to the way in which he provided for himself and his family, he needed the next work to be more than just a literary success, but a financial one as well. His publisher advised him that “The Fortunate Pilgrim” would have sold well if he had focused more on the Mafia. Despite having no first-hand knowledge of the Mafia, like most Italian Americans, Puzo began to write his epic story of an Italian American crime family, “The Godfather.” As we now know, the book, as well as the subsequent movie, was a huge success.

I am conflicted in my feelings towards Puzo. You could argue that he sold out the Italian American people, propagating the worse myths about our people, solidifying the image of Italians as wife-beating, womanizing criminals. “The Godfather’s” romanticized view of the Mafia whitewashes how truly heinous these people are, doing a great disservice to Italians and Italian Americans. Yet, I have no qualms admitting that Puzo is an excellent author. “The Godfather” is a great read. He captures in the book, as did the movie, the feeling of being Italian American. Again, there is that resonance with Italian American life that comes through.

They say to make a lie believable you need to add some truth. This is the mastery of Puzo. He was able to mix the reality of Italian American life with the myths of the Mafia. So, read Puzo, but not just “The Godfather” and all the Mafia stuff. Read his earlier works as well. When you read “The Fortunate Pilgrim” and “The Dark Arena” you will see he is truly one of the great Italian American authors.