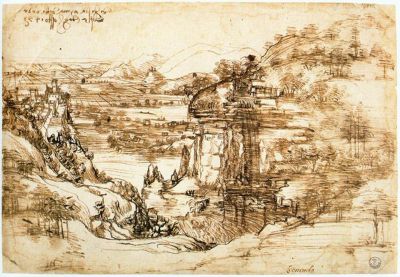 This year on May 2 marks the 499th year after the death of Leonardo da Vinci. A famous painter, writer, inventor, architect, and more, da Vinci is known to be one of the most influential figures of the Italian Renaissance. Even today, his artwork and inventions influence both those in his field and in modern media as well. His paintings “Mona Lisa” and “The Last Supper” are two examples of his most famous and recognizable works and these pieces alone have a great deal of fame to their name. Some scholars even refer to da Vinci as an outright genius who had as much curiosity as he had imagination.

Leonardo da Vinci was born on April 15, 1452 in Anchiano, Tuscany, which is now Italy. His last name Vinci came from the nearby town of Vinci, but that wasn’t adopted until later, as he was just known as Leonardo in his time. His parents were a lawyer and a peasant woman and the pair were unmarried with 17 children between them. Da Vinci’s father allowed him to apprentice under another artist when he was about 15 years old and his art career began at his workshop. Da Vinci was able to work alongside some of the greatest artists of his time. While living in the era of the Italian Renaissance, da Vinci became a great part of the artistic movement.

Most people may not know that da Vinci was notorious for working very slowly or not finishing his work at all. There was a very small amount of completed paintings and sculptures created by da Vinci, though their quality was immaculate. Some finished pieces took many, many years to complete. For example, his commissioned work titled “The Virgin of the Rocks” took about 20 years to finish and there are currently two versions of it located in London and in Paris. Though most of his work was unfinished, the artwork that he did manage to complete impressed the people of both his era and the modern era. Even today, references to his work and studies of his work can be found in various forms of media.

Not only was da Vinci a well-known artist, but he was also vastly experienced in writing, architecture and technology as well. About 6,000 pages of da Vinci’s handwritten work are accounted for, although it is believed that there is more to be discovered. Strangely enough, it is observed that da Vinci wrote from the right side of the paper to the left, although it is not completely understood why. Da Vinci also designed weapons for certain rulers and military personnel, although he was more of a pacifist and wouldn’t use them himself. He also had an appreciation for technology. Some of his most famous sketches of technological inventions include a flying machine and an underwater diving suit, although most of his designs were incapable of being created during his time. In the modern era, some of his practical and doable inventions were recreated and set on display in various museums. Unfortunately, most of his findings in engineering, anatomy and more remained unpublished during his lifetime.

Leonardo da Vinci died in 1519 and was buried near the church of Saint-Florentin. The church suffered massively during the French Revolution and it was later demolished, so da Vinci’s burial is now lost and unable to be located. Next year will mark the 500th year since the passing of Leonardo da Vinci and there are sure to be many events commemorating the artist that influenced both those of his times and those of the modern era. As his work lives on, his artistry will have a passionate influence on those interested in arts, science and architecture for many more years to come.