Francesco Petrarch: A Poet and Scholar in the Month of July 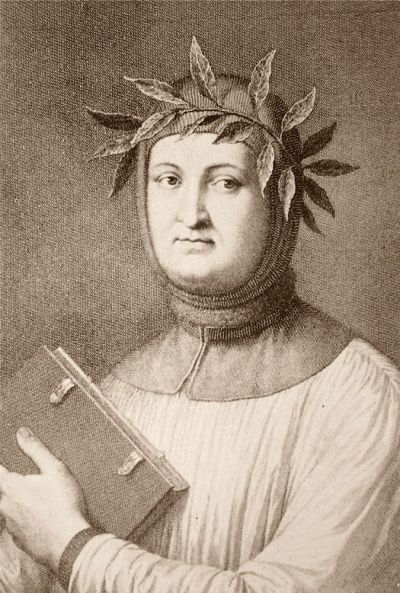 As the years pass, it is essential to never forget the important figures of Italian history. Francesco Petrarch is regarded as one of the greatest scholars and poets of his era. He was born on July 20, 1304 in Arezzo, Italy. Some of his many accomplishments include the brilliance in his writings, his service as an ambassador and his documented travels both in and around Italy.

Petrarch was an Italian scholar and poet who is considered both the founder of Humanism and the creator of the concept “Dark Ages.” He studied a great deal of literature and spent many years of his life traveling Italy. When he was young, Petrarch studied law from 1316 to 1323 at his father’s request, but Petrarch’s true interest was in writing. He was finally able to fulfill his desire to write when he moved to Avignon in 1326 where he devoted himself to his literature. His had numerous major projects, including an epic titled “Africa” and poems inspired by a woman known as Laura. Many more successes and works of art followed throughout the years.

Some of Petrarch’s successes included his involvement in recovering Latin writings and works from Rome and Greece. He also continued his own publications, such as his work of Italian poetry “Canzoniere” (Songbook). By the 1340s, his fame had spread far and wide. Petrarch was invited to places such as Paris and Rome to celebrate his poems and writing and he wasn’t finished yet.

But life is not always about writing and work. An interesting accomplishment of Petrarch’s includes a journey up Mount Ventoux. In 1336, he and his brother and two servants climbed the over 6,000-foot-tall mountain purely for fun.

Petrarch spent the last four years of his life in Arquà, Italy with his daughter and he died in the early morning of his birthday in 1374. In 1870, about five centuries after the scholar’s death, the town was renamed Arquà Petrarch in his honor. The house where Petrarch had lived is now a museum in dedication to him.

It is always important to learn about the past, present and future and Petrarch is certainly a poet and scholar not to forget. There is still so much to learn about him that has not been covered. Information about the poet and his work is available both in print and online.