The first Italian American Justice of the U.S. Supreme Court 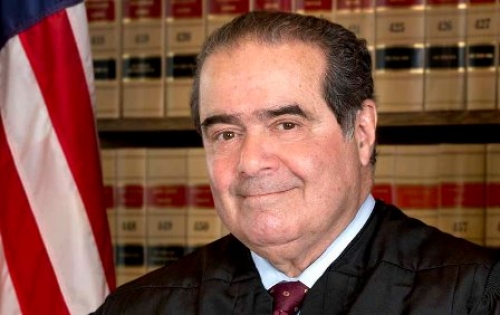 Scalia died in his sleep of apparent natural causes on February 13 at the age of 79, following a day of quail hunting in Texas. The first Italian American to ever be appointed to the Supreme Court in 1986 by President Ronald Reagan, Scalia established and maintained a staunchly conservative voting record and ideology, and transformed the court by instilling in it his belief that judges should follow the precise words of the Constitution and not apply a modern interpretation. His sudden death now leaves eight justices split exactly down the line between fairly conservative and fairly liberal while in the midst of an extremely fiery presidential election year.

Justice Scalia was born in Trenton, NJ, the only child of a Sicilian immigrant family. His father, Salvatore, was a graduate student and clerk at the time of his son's birth, later becoming a professor of Romance languages. His mother, Catherine Panaro, worked as a school teacher.

After graduating in 1957 from Georgetown University and later from Harvard Law School in 1960, Scalia began his legal career at the international law firm Jones, Day, Cockley and Reavis in Cleveland, OH, where he worked from 1961 to 1967. After a short tenure at the University of Virginia teaching Law, Scalia entered public service in 1971 when President Nixon appointed him first as the General Counsel for the Office of Telecommunications Policy, tasking him with formulating federal policy for the growth of cable television. Later on, he also served in the Ford administration, eventually as an Assistant Attorney General. Under President Reagan he rose, first, to the level of judge of the United States Court of Appeals for the District of Columbia Circuit in 1982, and then to Associate Justice of the Supreme Court.

Throughout his nearly 30 years served on the Supreme Court, he maintained a firm conservative voting record, and protected the powers of the executive branch, believing presidential power should be paramount in many areas.

Scalia leaves behind his wife, Maureen, whom he met on a blind date while attending Harvard Law School, nine children and more than 30 grandchildren.