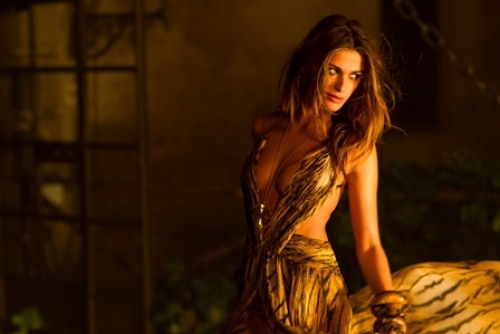 "I want to enjoy myself in anything I do. Everything must bring me joy, enthusiasm, a passion for lifeâ¦" These few words by Roberto Cavalli sum up the lifestyle, positive outlook and joie de vivre that have always characterized his collections. When one thinks of Roberto Cavalli, his gorgeous and original designs immediately come to mind. However, he is more than just a fashion icon. A sip of Roberto Cavalli Vodka will reveal pure, unadulterated femininity because its taste is just as captivating and seductive as his designs. Roberto Cavalli Vodka is the first vodka completely produced in Italy. It is inspired and dedicated to the captivating sex appeal of a woman, icon and enduring muse of Cavalli's unmistakable style. It is a masterpiece of flavors. Sophisticated, elegant and suited for drinkers with the most refined taste, this vodka follows in the footsteps of the best Italian tradition and excellence in liquor and spirit production.

But let's take a look at the life of this remarkable designer. Roberto Cavalli comes from a family of artists. His grandfather was one of the leading members of the Macchiaioli Movement, whose work was exhibited in the Uffizi Gallery in Florence. Cavalli decided to enroll at the Istituto Statale d'Arte in Florence, concentrating in textile print. While still a student, he made a series of flower prints on knit, which he managed to have produced through collaborations with the most important knitwear factories in Italy. In the early 1970s, he invented and patented a revolutionary printing procedure on leather and started creating patchworks of different materials. He debuted these techniques in Paris, immediately getting commissions from the likes of Hermès and Pierre Cardin. In 1970, Cavalli presented his first namesake collection in Paris and on the wave of his success later returned to Italy to show his works on the catwalks in Florence and Milan: jeans made of printed denim, intarsia leathers, brocade and wild prints. He then opened his first boutique in 1972 in Saint-Tropez.

In his early twenties he married Silvana but this marriage was short-lived. At age 29, after an extra-marital affair, the two parted ways. Then, in 1980 Cavalli married, Eva Maria DÃ¼ringer, runner-up at the Miss Universe competition and his lifelong companion and business partner. In the early 90s, after a hiatus from work to allow more family time and to cultivate their passion for raising racehorses, the two returned to the world of fashion.

The first fashion show of this new phase took place in Milan in 1994, where Cavalli presented the first sand-blasted jeans. By December of the same year, he had opened a boutique in the French Caribbean, followed by others in Venice and second one in Saint-Tropez. By the late 90s, the Cavalli brand was selling in more than 36 countries around the world. Besides the main Roberto Cavalli line, the RC Menswear was created, as well as a line aimed at the youth called Just Cavalli, which launched in 1998.