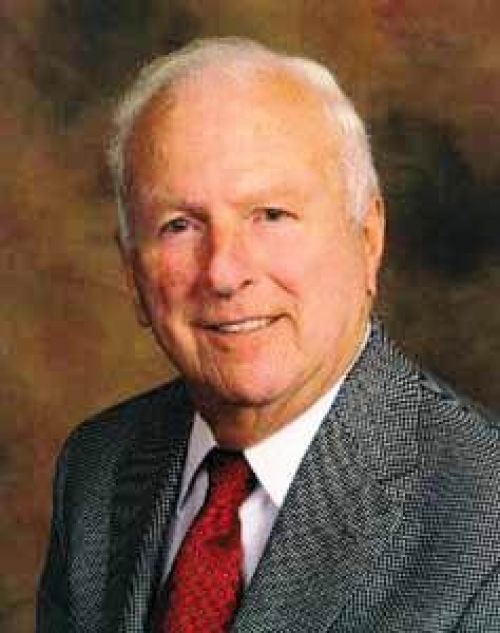 This month's new format kicks off a new section of La Gazzetta Italiana. Each month, we will be highlighting a prominent Italian American who has made a difference in the community. For our October issue, I sat down with the vibrant and passionate, Nacy Panzica, Chairman of Panzica Construction, to learn more about where he came from, and how his Italian upbringing made a difference in his life and career.

Where in Italy is your family from and how did they make their way to Cleveland?

My father was born in Termini Imerese, Sicily in 1886. In the early 1900s he left his family and came to America where he eventually settled in Burgettstown, Pennsylvania, married Josephine Longo and had six children. Josephine, however, became gravely ill and died in 1921. After that, my father married Josephine's sister, my mother, Mary and they had three children. After serving in the navy, I decided to move to Cleveland to be with my sister who had already relocated to the city. I was the last child to leave my parents home and, missing their family, my parents also decided to move to Cleveland and start a new life here.

Where did you grow up?

I grew up in Burgettstown, Pennsylvania, a little town outside of Pittsburgh. In fact, NFL football coaches, Marty Schottenheimer and Barry Alverez, were both from that area as well.

What did it mean growing up in an Italian household?

In an Italian family, there is nothing more important than family and tradition.

What is your favorite Italian tradition?

My favorite tradition is certainly just getting together at Christmastime to make (from scratch) ravioli. We also get together on St. Joseph's Day (March 19) to make sfingi. I also admired my mother for lighting a votive candle every Tuesday in honor of St. Anthony.

What is your favorite Italian dish?

For sure my parent's and sister's spaghetti! I also love the ravioli made by my family at Christmas.

What is your favorite place/city in Italy?

Of course Termini Imerese, SicilyâI love to walk around and imagine my dad growing up there. I love picturing him as a young, vibrant individual. It is a totally different way of lifeâa much slower, calmer place.

How did you get into your career?

After serving in the navy in 1949, I moved to Cleveland and enrolled at Case Western Reserve University. However, in 1950 both my parents died and I left school to, "find myself." I got a job doing carpentry work, being a handyman and other construction work with house builders in the Cleveland area. I was married and had two children at that time. I also had five sisters who kept calling saying, "Nacy, you need to work." In 1952, I bit the bullet and put an ad in the paper for "HandymanâRepair Work" and started my own company, Panzica Builders.

How has your Italian heritage/values influenced your career?

One of the most influential statements ever made by my father was, "how do you know unless you try?" Another one I fondly remember is "to try is to risk failure; not to try is to guarantee it." I have built my career on these two adages.

Were you ever stereotyped in the workplace due to your ethnicity?

Possibly when I first started out, yes. Occasionally, when I mentioned that I was Sicilian, I would sense a negative attitude. However, that was years ago and where I am in my life now, I really don't care. Some people are just going to be prejudiced against anyone who is different than themselves.

What is the best advice you could give young Italian Americans today?

My favorite advice is the story about tomatoes my father used to tell me. If you want tomatoes from you garden, you don't plant the seed at the end of July; you plant the seed in a pot inside during the month of May. It starts to grow, then you replant it outside, you fertilize itâit starts getting tallerâthen you put a stake in it to help it grow taller. By August, you can pick tomatoes. In the story, the tomatoes refer to your job or whatever you want to achieve. Success doesn't just happen. You work at it. Then you see the fruits of your time and laborâwhatever it might be. The theme of this little story says it allâyou have to work for what you want, you have to plan. It might not be exactly what you want, but "how do you know, unless you try?" I also would like to remind the younger generation to always be true to traditions!