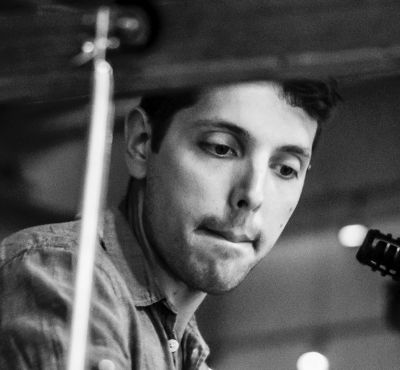 Cleveland Drummer and Composer Anthony Taddeo is embarking on a new musical adventure with his latest project, Alla Boara. Its mission is to showcase the incredible diversity of Italy's folk music and history. Through the use of traditional instruments and repertoire, the compositions and arrangements aim to inspire Italian Americans and, by extension, Americans of any ethnic heritage, to take pride in their musical roots and relate to the cultural relevance of the music.

“I grew up in an Italian American home,” Anthony says, “me being the first generation in my family to be born in America. I was never aware of Italian folk music’s wide diversity and strong musical identity. I discovered it as an adult listening to folklorist Alan Lomax’s recordings from 1954. These songs were much more eclectic and intriguing than any traditional Italian music I had heard before. The songs used instruments, lyrics and melodies that were deeply influenced by the surrounding countries and they dealt with the struggles and joy of everyday life.”

Alla Boara seeks to compose, arrange, perform, and teach this Italian folk music in a way that articulates its relevance to the culture and audiences of today. Anthony’s goal is to not only have live performances of this music, but to pair it with hands-on master classes and presentations. He wants to educate and give access to the communities where it is performed, thus giving Italian Americans a way to connect with their musical roots.

Anthony grew up in Brunswick. His father is from a small town in Italy north of Naples called Santi Cosma e Damiano near Castleforte. He came to America when he was just 11-years-old with his sister and mother. Anthony moved to NYC from 2009 to 2014, lived in Italy for a short while (where he and his wife forced themselves to learn Italian), but now he resides in the North Collinwood area of Cleveland. When asked of his musical inspirations, while ever-changing, he dives into a long list: drummers Jamey Haddad, Max Roach, Tony Williams, Nate Smith, and Rudy Royston and composers Bill Evans, James Blake, Camila Meza, Billy Drewes, Ornette Coleman, and Igor Stravinsky. “My all-time favorite drummer and musician is Jack Dejohnette,” he admits.

“Music has always been a passion for me. I started tap dancing when I was 5, piano when I was 10 and then the drum set when I was 13. Through middle school and high school, I became more involved in orchestral and theatrical productions. When it was time to go to college, I knew I needed to focus my efforts in one area and I decided to go to school for music performance. I went to college at The School of Jazz at the Newschool in Manhattan where I earned a BFA in performance. I am now currently getting a graduate degree in Jazz Composition at Youngstown State University and that is actually what ended up inspiring this project!”

“Alla Boara is a term used to describe a type of song; one that is primarily used for work such as call and response, field calls, basically labor songs of any sort. I chose this as the group’s name because I felt that it was at the heart of the music. I wanted to focus on the music of the peasant, rural people; not the classical, more operatic music that is traditionally tied to Italy. This folk music was the peoples' music and even though I have mixed elements of new music, classical music, rock, and jazz, it's still coming from that place in Italy's rich history when music was a peasant’s art form and a tool used in everyday life, inseparable from the day-to-day tasks. Much of this music has been lost and I wanted to demonstrate through this project how it can still be a fertile ground for creative development.”

Anthony is very excited to share Alla Boara with us all. “I care deeply for Cleveland and its community. My Italian heritage is very important to me and I am thrilled that I finally have found a way to incorporate several of my passions into this one project. I hope readers take some time to introduce themselves to Alla Boara!”

Alla Boara will be performing at the Bop Stop, 2920 Detroit Ave., Cleveland on Feb. 26 and Blu Jazz, 47 E. Market St., Akron on March 5. For more information and to listen to music samples, visit