Alive and Thriving: Italian Radio Programming in the Mahoning Valley 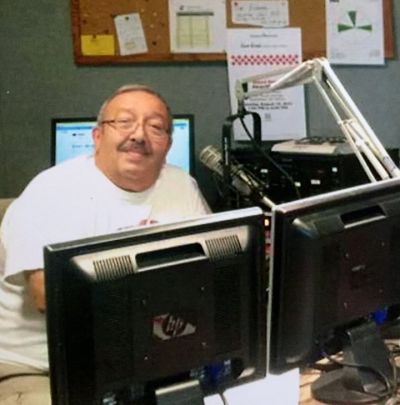 It was a weekly rite. Mom would get up early on Sunday to start the sauce, the same ragú that almost all our Italian neighbors were making at that very same hour. The base had pork and beef browned with garlic in the oil. After she added the tomato sauce, bay leaf, and paste, Mom let the pot simmer until just before we left for church. Then she cut the flame. The pot rested. About two hours later, we’d return to a house full of the aroma of a great meat sauce. As we enjoyed our delicious pasta, an Italian show played on the radio. This was Sunday programming for the Italian community of Northeast Ohio and Western Pennsylvania.

We enjoyed those great Neapolitan songs, like “Te Voglio Bene” and “Torna a Surriento,” and the bilingual “Peppino the Italian Mouse.” The station also played modern hits in standard Italian, such as “Volare,” though the language sounded a bit unfamiliar. Over the years, the Italian shows would change hosts and even move from one station to another, though Al Pascarella was on the air for a very long time. There was even a Saturday show. Our family tradition of tuning in to an Italian show on the radio lasted for decades.

Marisa Facchini, La Gazzetta contributor and a longtime fan of local Italian radio programming, recently spoke of her love for those shows of years past. She would record the songs on cassette tapes for herself and family. This was before the days of digital recording, now called “playlists.” More importantly, Marisa let me know that Italian shows still populate the airwaves in the Mahoning Valley. Three outstanding programs currently broadcast in Northeast Ohio and in nearby Pennsylvania–two Sunday shows and one on Saturday. And they take requests!

Marisa’s reminiscing eventually led me to conversations with announcers from all three programs. I learned from Vince Camp (Campana), the dedicated emcee of Serenata d’Italia Radio Show, that the Italian community in the Mahoning and Shenango Valleys has enjoyed Italian radio for over 60 years. With obvious reverence in his voice, Camp recalled the great Italian radio announcers from the past: Ralph Ranalli, Vittorino Decaris, Alex Pascarella, Dave De Masi, Carmen Lanzo, Alberto Infante, Vincenzo delle Fave, Joe Mazzocca, Little Joe Migliozzi, Pasquale Leone, and the remarkable Tony Ross of WBBW, the originator of Italian programming in the Valley. Camp broadcasts Serenata d’Italia on Sunday mornings, from 8 to 10 a.m., on WNIO at 1390 AM. There you’ll enjoy a mix of Italian American tunes and songs from Italy; from Louis Prima to Patrizio Buanne and local artist Mirella the Musician. You can also find the show on the Internet where it’s streamed at http://sportsradio1390.iheart.com.

My next conversation was with Joe Mazzocca, Jr. of Musica d’Italia, a lively Saturday show airing from 3 to 4:30 p.m., on WKTL, 90.7 FM. Mazzocca, wife Teresa and brother Frank carry on the tradition of Joe Mazzocca Sr., who took over the program in 1981 from “Little Joe” Migliozzi. Before that, the Bugnara-born elder Mazzocca had emceed with “Little Joe” on the Italian Hour, on 1330 AM and on 1240 AM. Musica d’Italia boasts a monster library of over 2,000 vinyl albums of Italian music, from opera to Louis Prima, with a vast collection of audio CDs. The Mazzocca crew welcomes requests at 330-942-4691. Joe Mazzocca streams the program from his Facebook page at www.facebook.com/joey.mazzocca.

Invited by Joe Naples, one of the hosts of The Italian Show, I conducted my final investigation of local radio programming at the studios of WPIC 790 AM in Hermitage, PA. Sundays, from 11 a.m. to 2 p.m., Joe joins Butch Nichols, Joe Godina and well-known singer and personality, Frankie Gallo. The spirited show owes its popularity not only to the musical recordings, but also to the mutual ribbing and comedy skits that pepper the three hours. To my delight, I found myself taking part in the fun and time flew. Fans called in, one of whom sent the deejays a tray of homemade pizzelles. It was obvious that the announcers love to take requests and shmooze with their loyal fans. The show can be reached directly at 724-981-7900. You can also listen to the program on the iHeartRadio app or at www.790wpic.com.

That for over six decades Italians in the Mahoning Valley have created radio programs to suit their tastes is a remarkable thing and a point of pride. The steel mills are gone, but the people who labored in them have maintained their presence over the air waves and even on the Internet. I learned several things in preparing this article, but one stands above them all. Local radio programs sustain community.