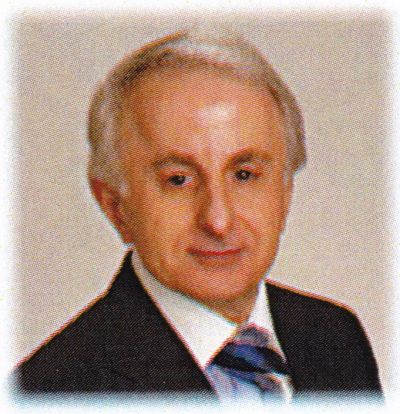 A leading light of the Mahoning Valley Italian American community, Anthony “Tony” Lariccia, passed away on Sept. 20, 2017. He is survived by Mary Olinick Lariccia, his wife, and daughters Natalie and Dana. Born in 1945, Tony was the grandson of immigrants. For four decades, he enjoyed a stellar career at Merrill Lynch where he was known as a brilliant stock analyst and investment advisor. Most of all, he stands as a philanthropist dedicated to the wellbeing of the Greater Youngstown area’s institutions and its citizens

Tony’s attitude toward wealth and the accompanying responsibilities of the wealthy must have had something to do with his working-class beginnings in Struthers, a town that once overlooked miles of steel mills that bordered the Mahoning River. In fact, one of his first jobs was at Republic Steel, Youngstown. Later in life, Tony was especially attuned to the needs of the deindustrialized Mahoning Valley. He and Mary financed over 50 college scholarships to area needy students. Tony was often quoted as saying, “I never wanted to be ostentatious. I avoid mansions and Mercedes.” The couple never abandoned the Mahoning Valley as Tony’s fortunes rose, nor did they live in a gated community of millionaires. He lived on a street that no one could mistake for a philanthropist’s. In these times of growing disparities between the wealthy and ordinary citizens, Tony’s dedication to the Mahoning Valley stands as an example for the entire nation.

The man was very close to his Italian roots and could proudly trace his Lariccia family to the mid-1700s in the village of Montelongo near Campobasso. Thanks to Tony and Mary, an impressive statue dedicated to Youngstown’s Italian immigrant heritage stands on the grounds of the Basilica of Our Lady of Mount Carmel, itself adjacent to Smoky Hollow, one of the first neighborhoods where Italians settled in Mahoning County. In 2008, the National Ethnic Association awarded Tony Lariccia with the prestigious Ellis Island Medal of Honor.

A short list of the many recipients of Tony and Mary Lariccia’s gifts includes the Boardman YMCA, Boardman and Chaney High Schools, Boardman Park, Youngstown State University (YSU), Angels for Animals, Goodwill Industries, St. Charles Church, and the Basilica of Our Lady of Mount Carmel.
Tony credited his degree from YSU for giving him his first break as a young adult. Consequently, he and Mary have enthusiastically supported the University’s growth. The Lariccias’ participation in the YSU Centennial Campaign resulted in record fundraising amounting to upwards of $50 million. The Lariccia School of Finance and Accounting on the University’s campus bears Tony’s name. The couple contributed substantially to YSU’s campaign to build the Andrews Student Recreation and Wellness Center. They also gifted $200,000 to commission two statues on YSU’s campus, one in honor of legendary YSU coach Dominic Rosselli and another for a statue of Howard W. Jones, first president of the institution that later became Youngstown State University.

As Tony Lariccia used to say, “God gave us all this goodness. If we don’t pass it along, something is wrong.”

View the embedded image gallery online at:
https://www.lagazzettaitaliana.com/local-news/8630-the-mahoning-valley-loses-a-loyal-son-with-the-passing-of-tony-lariccia#sigProId09654cfdeb
Tweet
More in this category: « From Indian Territory to the Mahoning Valley: A Story of Italian Immigration Liberty Township: The 1873 Coal War and the Italians »