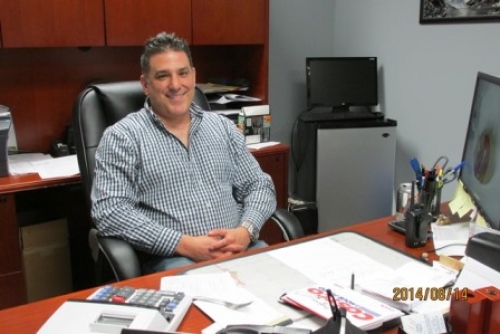 In the very dark, early morning hours, Tony Anselmo and Anthony Rossi camped out at the Northern Ohio Food Terminal to beat the supermarkets and large buyers in procuring the freshest produce.

Running separate businesses and getting to know each other because of their early morning "top picks," they decided to join forces and form the Premier Produce Company in Cuyahoga Heights. As many as 18 trucks filled with products, some worldwide, arrive and depart daily.

They had excellent background credentials. Tony worked in the family business with his father, Nathan, at the West Side Market. His Sicilian nonno was a fruit peddler selling his goods house to house.

It was in 1987 when Tony met Anthony Rossi, who left Bowling Green State University and decided to try his hand in the produce business by delivering to restaurants. His first customer was the late Pete Maisano of the famed Cleveland PM restaurant in Valley View. The timing seemed to be right as the restaurant business was booming and the Anselmo family and Anthony Rossi were both arriving at the top of their game.

As both businesses grew, they more and more relied on each other; from sharing cooler space to buying together. Finally, in 1998, they decided to join forces as Anselmo & Rossi's Premier Produce. Directed by a health conscious dictum, they promoted fruits and vegetables as a bloodline to good health. Never substituting price for quality, and offering fresh produce from across the globe, they have become a leader in serving over 150 restaurants, colleges, caterers, hotels and Cleveland's sporting venues. Today, Premier Produce is the largest single purchaser of produce grown by the Amish in Geauga County. Whether it's a tiny restaurant, First Energy Stadium or Progressive Field, they fill the needs and demands.