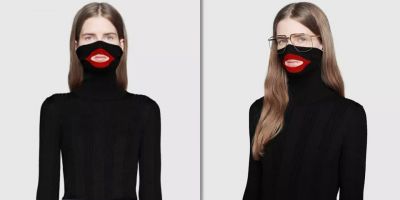 Gucci’s latest controversy sparked conversation about the lack of representation in the fashion industry and demands for change.

On Feb. 7, Gucci released photos of their new design – a black sweater that covered the mouth of a white model with an outline of thick red lips. The photos immediately drew in a negative response from people claiming the sweater resembled “black face.” Gucci posted an apology via twitter saying they “consider diversity to be a fundamental value…to be respected” and they were working towards “increasing diversity” in the organization. According to twitter user @thesarcasticveg, who responded to comments defending Gucci, “Black face may have originated in America, but that doesn’t mean a global company like Gucci can feign ignorance or obliviousness to it.” Along with Gucci, Prada sparked controversy with sales of a $550 keychain also resembling “black face.” After immediate backlash, the company wrote an apology via twitter on Dec. 14 that said, “we will withdraw the characters in question from display and circulation.”

After both controversies became national news, people brought attention to the fact that fashion industries in Italy and other European countries are overwhelmingly white with few people of color securing jobs. In a New York Times article titled “Working for a New Normal in Italian Fashion’s Understanding of Race,” the publication interviewed Edward Buchanan, one of the only known black designers in Italy. In the interview, Buchanan says that he is advocating for conversations among other designers to promote diversity in their industry.

Representation of different communities of color is a consistent issue in the American fashion industry, but the issue seems more prevalent in Italy, considering the confirmed presence of only one designer of color, Stella Jean, at Milan’s fashion week in fall 2019, as described by the same New York Times article. While some deem it difficult to compare American demographics with Italian demographics (Italy has more homogeneity in their population than America), many feel there is no excuse to lack effective representation of other groups. Italian fashion brands extend to numerous countries with differing demographic populations, like the U.S., where people of all races purchase clothes from these brands.

It's safe to say that including more people of color as designers and executive decision makers will help these companies avoid creating products viewed culturally insensitive and racist.

With Italy’s increasing population diversity and to avoid another movement like #BoycottGucci, Italian fashion companies and brands need to make efforts to start pioneering representation within a predominately white industry. Too many, #BoycottGucci serves as a powerful step towards holding industries accountable for intolerable actions.

View the embedded image gallery online at:
https://www.lagazzettaitaliana.com/lifestyle/9113-boycottgucci-fashion-s-latest-trend#sigProId603ebad5fb
Tweet
More in this category: « What makes a diamond so special FIAT »