The 18 Minutes That Ignited the Women’s Movement 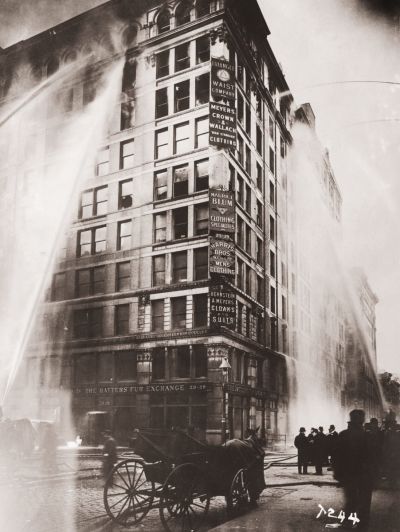 Every March 8, International Woman’s Day, women in Italy are given bouquets of mimosa to celebrate La Festa delle Donne. The holiday’s origins are much debated but Italians observe it as a solemn day of remembrance for the garment workers who perished in the 1911 Triangle Shirtwaist Factory Fire – the single greatest workplace tragedy in New York City before 9/11.

Of the 146 lives lost, 123 were women, mostly Italian and Jewish immigrants. Some were as young as 14.

Saturday, March 25, 1911 was unseasonably cold in New York. Bitter winter winds barreled past the Asch Building on the corner of Greene and Washington Place, stinging fresh faces of young ladies walking from their tenements to work at the Triangle Shirtwaist Factory, located on the eighth, ninth and tenth floors. Considered to be a modern factory, it was a sweatshop no better than the overcrowded, rat infested and disease ridden tenements.

Workrooms were cramped, poorly ventilated and dimly lit. Oil from the machines soaked the tissue paper patterns and cloth scraps that littered the filthy floors. Women and girls hunched over lines of sewing machines, working long grueling hours, six days a week for pitiful wages. Only one bathroom break was allowed. The stairwell doors on either side of the building were locked, keeping workers in and community organizers out. An inspector held the key and opened the doors at workday’s end but not before lining the women up, opening their purses and submitting them to the indignity of checking for theft.

Many had joined the strikes in 1909 to demand more humane treatment of garment workers. But their words fell upon deaf ears.

Around 4:40 that afternoon fire broke out in a rag bin on the eighth floor. Within minutes, all three floors were engulfed in flames. The owners had refused to install a sprinkler system. Rotted fire hoses were useless and the fire department’s ladders only reached to the sixth floor.  The fire escape twisted and collapsed in the intense heat, spilling its occupants onto the pavement. Some on the eighth floor broke down the Greene Street door and escaped before the stairwell filled with flames. Ninth floor workers ran to the Washington Place stairway, only to find it locked. Unable to pry it open, their charred bodies were found crammed against the door. The inspector with the key escaped from the 10th floor to the rooftop along with the owners. Law students in the adjacent building threw down ladders and ropes to help them pass to safety.

Freight elevator operators, Joseph Zito and Gaspare Mortillaro, valiantly piloted their 10 capacity elevators through smoke and flames, packing in 40 or more for each run. They saved 150 people. But those unable to board grabbed the cables to slide down and fell into the shaft.  The fallen bodies rendered Zito’s elevator immovable. Mortillaro’s buckled in the heat.

Ten thousand spectators, including Frances Perkins, FDR’s future Secretary of Labor, looked on in horror. Girls, holding hands, jumped from windows rather than be consumed by flames. One young girl’s hair was on fire as she fell 100 feet to the ground. Two lovers were seen kissing in the window before leaping to their death.

By five o’clock it was over. Sixteen engagement rings were later found in the ruble. The remains were taken to the East River Charities Pier. The owners were acquitted of manslaughter and ordered to pay each victim’s family only $75 of the $400 per victim they had received from the insurance company

The 146 voices silenced in life resounded in death. On April 5, 1911, 80,000 protesters marched down Fifth Avenue. The following October, the Sullivan Hooey Law passed, creating the Bureau of Fire Prevention. Women’s suffrage, fair wages and safe working conditions were acknowledged to be a fundamental right.

In solidarity with our Italian sisters carrying brilliant yellow mimosas and as proud Italian American women we gratefully stand on the shoulders of the Triangle Fire women and all our ancestors who sacrificed, fought and died for our rights and the opportunity to realize our dreams and achieve our goals. FORZA!

Tweet
More in this category: « “Letters from Italy:” A Son’s Homage to His Parents’ Love Story and Their Courage NIAF to Honor Jerry Colangelo at Arizona Regional Gala »