Celebrate Your Italian Heritage with "Thirty-One Days of Italians" 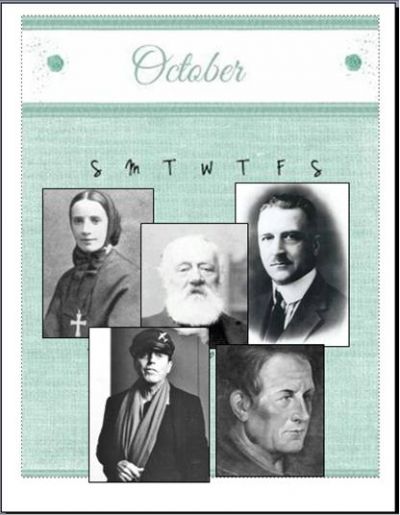 Every year since 2007, “Thirty-One Days of Italians” has provided a list of accomplished Italian Americans and Italians to honor for each day in October, Italian American Heritage Month. On the website, thirtyonedaysofitalians.com, more than 70 extraordinary people of Italian heritage are recognized for their significant contributions to America, with a condensed biography and links to selected resources provided for each person.

Fifteen are Honorary Members, on the list every year. Undeniably, every person on the list is remarkable, but the Honorary Members’ contributions are deeply ingrained in America’s growth and culture: from becoming the namesake of our country to forming the foundation for the U.S. Declaration of Independence; from revolutionizing the banking system to advancing technologies in science and communications; for their heartfelt compassion in assisting immigrants; for becoming part of American society in art, architecture, education, leisure, and music; and – of course – for the man who connected an unchartered land to Europe.

The greatest honor, though, goes to Italian immigrants. Our ancestors who had the fortitude to leave their beautiful country and travel to a land that not only offered them hope, but also allowed them to bestow the legacy of opportunity to their descendants. The first day in October is set aside to honor them, because if not for their journeys to America, where would we be?

The last day of October has numerous connotations, so it is a fitting day to honor any person of Italian heritage. Maybe a family member or an entire family, a friend or friends, or your personal superstar.

With just 14 days remaining, the other notables of Italian heritage are rotated each year, giving everyone on “Thirty-One Days of Italians” a chance to have their day – even if it is only once every four to five years. This year, the list includes a Revolutionary War hero; a Jesuit missionary who may soon be canonized a saint; a former soldier who partnered with La Salle in exploring the Mississippi River and claiming the Louisiana Territory for King Louis XIV; and a cowboy who became a Pinkerton undercover detective crossing paths with Billy the Kid, Butch Cassidy, Wyatt Earp, and many more legendary personalities of the Wild West.

Spend some time with these Italian American icons. Read their biographies, view the resources provided and immerse into their lives for an hour or two. Then share your knowledge with others. Education is the key to preserving Italian American history, heritage and culture.

See the complete calendar of names and learn more about them at Thirty-One Days of Italians 2021-22 List.

Tweet
More in this category: « From Casa Guidi Windows: The Brownings in Florence From the Italian American Press: "Italians Swindled to New York" »