The Logic of Italian Women 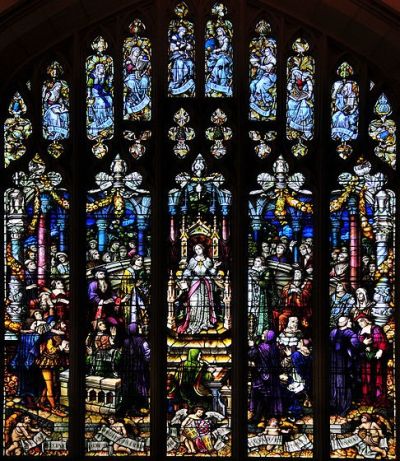 What do Matilda of Canossa, Tullia d’Aragona and Elena Lucrezia Cornaro Piscopia have in common? Each left an indelible mark on the history of Italy.

In 1076, Matilda, widowed at 30, inherited the Tuscan properties of her paternal grandfather, the first Count of Canossa, and the lands of her husband, the Duke of Lower Lorraine. Her ancestors had been loyal to the monarchy, but during her father’s reign, the family switched alliances from the emperor to the pope and Matilda sided with, advised and willed her domains to the pope. That same year the Investiture Controversy, a disagreement as to whether the pope or monarch should install (invest) church officials, had reached a peak with Pope Gregory VII excommunicating Henry IV. Pope Gregory was staying with Matilda and Henry’s journey to the pope asking for forgiveness is known as the “Walk to Canossa.”

Matilda, sometimes participating in battles against the pope’s enemies, financed the military actions of the pope and, in 1089, married a political ally combining resources to back the pope. Matilda was a leading force in either maintaining or restoring power to cities that supported the pope and, during this time, she founded close to 100 religious institutions.

She received the title Vice-Queen and Vicar of Italy in 1111 and died four years later. Matilda was interred at the Abbey of San Benedetto, founded by her grandfather in 1007. In the mid-1630s, her remains were moved to St. Peter's Basilica, one of six women interred in the Vatican. Today, Matilda of Canossa is a hero, celebrated in the towns she once commanded.

In the 16th century, Tullia d’Aragona lived in a world of comfort. Most sources identify her father as Cardinal Luigi d’Aragona (b. 1474), believed to be a grandson of Ferdinand I, King of Naples. The Cardinal’s affluence provided Tullia with an education that spanned the humanities and granted her the title of “intellect.”

She travelled throughout northern Italy where she assembled local cognoscenti to discuss social issues and her reputation as an intellect, philosopher and writer grew. She was outspoken with her beliefs about relationships between men and women. Her philosophies are often described as neoplatonic: essentially that men and women possess the same sensual experiences.

During the mid-1540s, Tullia settled in Florence at the court of the Grand Duke of Tuscany Cosimo I de Medici and his wife, Eleonora de Toledo. There, she compiled a book of poems dedicating it to the Duchess and a book presenting a philosophical approach to love and desire dedicated to “Lord Cosimo de’ Medici, Duke of Florence.” It was the first book to prominently feature a woman’s view on the principals of love.

In 1548, Tullia returned to Rome. She continued hosting philosophical talks in her home and published several more books. In the 21st century, with more interest in the roles of women in all aspects of society, Tullia’s work is considered an important contribution in analyzing the history of women.

The Cornaro family of Venice dates to the late seventh century and includes cardinals, bishops, doges, and other distinguished male members, some helping to establish the city’s governing bureau. In the mid-14th century, the family was divided into two branches with the surname Cornaro Piscopia emerging from the acquisition of a land grant for the village of Episkopi on the island of Cyprus. From 1474 to 1489, Catherine Cornaro was Queen of Cyprus.

Elena Lucrezia Cornaro Piscopia was an exceptional learner at an early age. Born in 1646, her father, Giovanni Battista Cornaro Piscopia, held the second highest office (after the Doge) in Venice – Procuratore di San Marco, overseer of the treasury and its administration. At seven-years-old, Elena was tutored in multiple languages, along with the standard subjects of a classical education. Her musical talents included playing several instruments, composing songs and singing.

Elena’s father made her the center of the presentations he sponsored, inviting intellects from throughout Europe to listen to her musical performances and participate in academic debates. The news of her exceptional talents and knowledge travelled and she was widely known throughout Europe. Elena wanted to join the Benedictine Order of Nuns, but her father would not give his permission. She made a vow to the Order and conceded to her father’s wishes to attend the University of Padua, where she continued to study theology. Her debates were well-attended by scholars, visiting dignitaries and even members of the Venetian Senate, but she was refused a degree for a Doctor of Theology and instead offered a degree for a Doctor of Philosophy. She has the distinction of being the first woman on record to receive a doctorate degree.

Elena died at 38-years-old and was deeply mourned, with some proclaiming a “saint” had died. Shortly after her death, the University of Padua issued a bronze medal in her honor – its first for a woman – and in the 1770s, a statue of Elena was installed at the University. In the U.S., a 22-foot-tall stained glass window, dedicated to Elena, was installed in the library of Vassar College (Poughkeepsie, NY) in 1906. Elena is often acknowledged for her work across many fields of study, for her religious beliefs and for her determination in her pursuit to achieve her goals despite the obstacles.

The past few years have brought increasing attention to the accomplishments of women. In all fields, it appears that women are taking a stronger lead and a stronger stand. Print and digital news and social media, movies, commercials, and other forms of distribution have created a new awareness of the capabilities of women. Looking back, though, astonishing women have been participating in world events for centuries.

For biographies and selected resources of these and other exceptional women of Italian heritage, visit the website of the Italian Historical Society of America at http://www.italianhistorical.org/index.html.

Tweet
More in this category: « In Sardinia a Chanukah Dreidel Hides in Plain Sight Different Empires and the Italian Language »