Celebrate Your Italian Heritage with “Thirty-One Days of Italians” 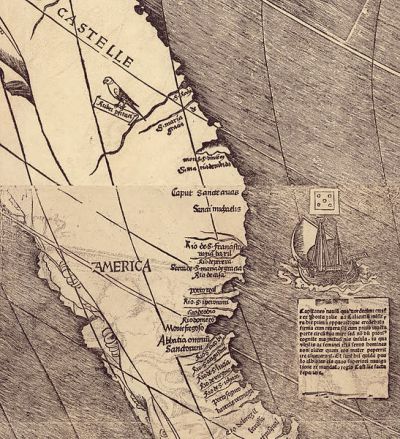 Pick a name, any name on the list of “Thirty-One Days of Italians”, and you will be amazed to learn how the accomplishments by people of Italian heritage have been integrated into the culture of everyday life in America.

Filippo Mazzei was a friend of Thomas Jefferson and influenced him to include “all men are created equal” in the Declaration of Independence. Jefferson was a great admirer of Italian culture, naming his estate Monticello and building a house using the architectural designs of Andrea Palladio. Palladio wrote “I quattro libri dell'architettura” (“The Four Books of Architecture”) in 1570 and his design plans are still widely used today.

In the Capitol Building in Washington, D.C., the walls and ceilings are covered with murals painted by Constantino Brumidi, cited as “the Michelangelo of the Capitol.” An artist of a different genre is Luigi Del Bianco, the chief carver of Mount Rushmore. Often called the “first family of fireworks,” the Grucci family creates art in the sky and has been staging pyrotechnical extravaganzas for 150 years.

A well-known brand in America is Mondavi wine. Robert Mondavi started his winery in Napa Valley in 1966, spearheading the California wine industry in America and throughout the world. A little over 100-years-ago in Chicago, Antonio Pasin began selling wooden wagons. Ten years later, his successful business began producing steel wagons named Radio Flyer. Three states east, in Pennsylvania, Amedeo Obici invented a portable machine to roast peanuts. His successful enterprise was the beginning of Planter’s Peanuts, the company he founded in 1906.

In 1904, Amadeo Pietro Giannini founded the Bank of Italy, with the purpose of offering mortgages and loans to the working class. His concept of opening banks in different areas of a region, led to branch banking. A.P. Giannini was the inspiration for the leading character in Frank Capra’s film “It’s A Wonderful Life.” Capra, one of the few directors to receive numerous Oscars for his work, is known for the uplifting themes in his movies.

While the list may have a disproportionate share of men, the empowering force of women of Italian heritage is well documented. Most notably is Mother Francis Cabrini who traveled between Italy and the U.S. establishing close to 70 missions, orphanages, hospitals, and schools throughout America. She became an American citizen in 1909 and was the first American citizen canonized a saint.

Worldwide, and with numerous public and private schools in America, the Montessori Method is a cherished form of education. Dr. Maria Montessori developed a system of teaching that focused on the child instead of relying on structured schooling. In the literary world, Daniela Gioseffi is a commanding figure. Recipient of numerous awards for her poetry, the educator and environmental activist has her words inscribed on the wall of Penn Station, along with Walt Whitman and other notable poets.

Many acknowledge that the leading proponent of Italian American studies is Giovanni Schiavo. Schiavo devoted his life to educating all nationalities about the Italian American experience, writing numerous books and founding Vigo Press in 1934 to publish his works on Italians in America.

Ultimately, let us not forget that the American continent (North and South) is named after Amerigo Vespucci, who explored the coast of what is now South America and realized that the islands Christopher Columbus landed on were part of another continent. News of his discovery was widespread throughout Europe and in 1507, the mass of land added to a world map honored Vespucci as America’s namesake.

In 2006, a directory of Italians and Italian Americans who should be recognized for their extraordinary achievements was compiled and “Thirty-One Days of Italians” was created. The website features 74 names, but the annual list is limited to 31 – one for each day in October.

Visit www.ThirtyOneDaysofItalians.com to learn more about the people of  Italian heritage who have greatly contributed to America.

Tweet
More in this category: « Justice Denied: Ben Shahn and the Case of Sacco and Vanzetti Zoom to Umbria – This Saturday! »