To Catch a Thief 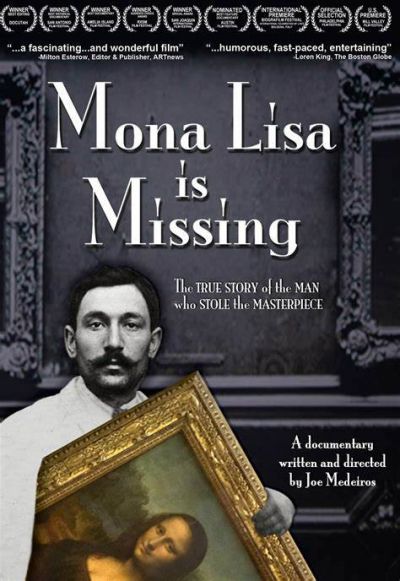 Leonardo da Vinci’s “Mona Lisa,” also known as La Gioconda, has more than just her smile and eyes shrouded in mystery and conspiracy theories. Most notable is the world-famous theft from the Louvre in 1911 and vandalisms in the 1950’s. The Mona Lisa, a 20.87 inch x 30.31 inch painting, became the most talked about, viewed, written about, sung about, drawn, and parodied piece of art.

In 1503, Francesco del Giocondo, a wealthy silk merchant in Florence, commissioned Leonardo da Vinci to paint a portrait of his wife, Lisa Gherardini. The portrait was never given to the del Giocondo family because da Vinci took it with him to Paris on invitation by King Francis I. There he continued to work on what came to be known as the Mona Lisa. One story has it that upon da Vinci’s death in 1519, his assistant inherited it and sold it to King Francis I for 4,000 gold coins. It remained in the Palace at Fontainebleau until King Louis XIV took it to the Palace of Versailles. Following the French Revolution, it went to the Louvre Museum where it would remain except for two short periods when Napoleon hung it in his bedroom and from 1911 until 1913 when it was stolen. In 1974, it was placed in the Salle des Etats in a climate-controlled environment under bulletproof glass.

The man who would be named the thief, Vincenzo Peruggia, left his hometown of Dumenza, Varese, Italy to find work in Paris in 1908. He was hired to work as a handyman in the Louvre. One of his jobs was constructing glass cases to protect works of art – giving him access to the entire museum. As an Italian immigrant, he faced much discrimination and was relentlessly bullied by his French coworkers who named him “macaroni.” Was it revenge for this torment or was it patriotism to his homeland that lead him to steal the “Mona Lisa?”

After hiding in a broom closet overnight, at 7 a.m. on Monday, August 21, 1911, while the museum was closed, Peruggia donned his white worker’s smock and took the “Mona Lisa” from its place on the wall, hid it under his smock and took a cab back to his apartment. He successfully concealed the painting in his closet, then in a false-bottom trunk and even under his kitchen table top for two years. The portrait was not discovered missing until the next day when a gentleman went to the gallery to draw it and realized it was gone. Soon it was headline news and the “Mona Lisa” became the most famous painting in the world. The Louvre was closed for one week amid the scandal as investigators and police gathered suspects. One of the first to be interrogated was Pablo Picasso since the police thought the thief may be a modernist enemy of traditional art. Peruggia was interrogated in his apartment while the painting hid under his tabletop.

In 1913, calling himself Leonardo Vincenzo, Peruggia contacted Florentine art dealer, Alfredo Geri, to sell the portrait. For a reward of 500,000 lire he would bring the “Mona Lisa” back to Italy where he said it rightfully belonged. The reward would enable him to better provide for his family. Upon the portrait’s authentication at the Uffizi gallery, he was arrested and sentenced to one year and 10 days. Before judge and jury he gave many rationales for the theft along with naming two accomplices which couldn’t be proven. Ultimately, he said it was stolen by Napoleon from Italy and it was his patriotic duty to return it. He was viewed as a patriot, albeit a dim-witted one, and served only eight months of his sentence. After his release, Vincenzo fought in WWI for Italy, then returned to France under an assumed name where he worked as a painter/decorator and died of a heart attack at age 44 in 1925.

I first learned of this story when I saw the movie “The Mona Lisa is Missing” by Joe Madeiros who spent 30 years investigating the theft before producing this documentary film. He went to Vincenzo’s hometown in Italy and interviewed his daughter, Celestina, who never knew her father and sadly knew nothing of why he committed this crime. She hoped to know the truth before she died. Celestina’s son and daughter accompanied Mr. Madeiros to Paris where he uncovered their grandfather’s story. Hero? Dim-witted? Thief? Art lover? Patriot? In the court of law and public opinion, he was all of the above.

In the 1860’s, art critics began to hail the “Mona Lisa” as a Renaissance masterpiece and believed it to be da Vinci’s favorite work of art. This story of the greatest little-known art theft of all time still intrigues me and were it not for Vincenzo Peruggia trying to return it to Italy who knows where it would have ended up!

Tweet
More in this category: « The Night of La Befana A Look Back: ITALIAN AMERICANS - A CULTURE OF LOVE »