Growing Up with Clelia: Malapropisms 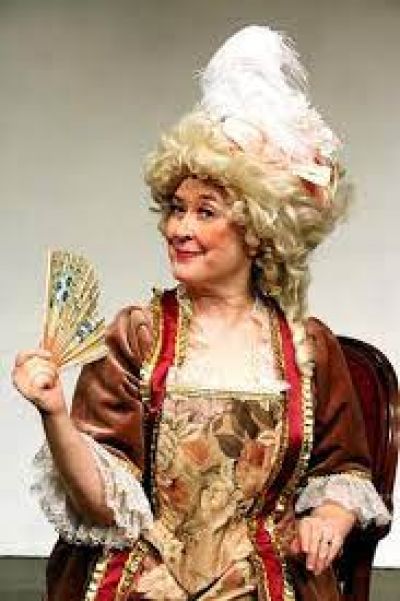 Excerpts of the unique life story of an Italian immigrant.

Future generations should know what our mother Clelia went through growing up during WWII in a small town in southern Italy. She married at 17 and migrated from Italy, alone and pregnant at 18, to start a new life in America. Though challenged by a new culture and language and hardships that might have defeated a less strong person, she did the best she could to assimilate into the American way of life. Now a venerable old woman at age 92, she is the Matriarch of our big, Italian American family!

Becoming an “American” was very important to Clelia. Knowing that a language is best learned when very young, my sisters and I asked our mother why she did not speak to us in formal Italian when we were growing up, as her dialect was primarily spoken among family members.

I asked her how she learned to speak English, and she said, “I didn’t go to school because I had children to take care of. I read the paper every day. My husband and my father-in-law spoke English because they came to America before to make money for their family in Italy. A lady friend of my mother-in-law told me to pick one word every morning and say it all day.”

Clelia’s use of words is quite logical to her, reflecting what she thinks she heard on TV, from others and from reading the newspaper. The many humorous malapropisms [the mistaken use of an incorrect word in place of a word with a similar sound, resulting in a nonsensical, sometimes humorous utterance], we heard growing up with Clelia provided us with fun as we tried to figure out how she came up with her choice of words.

Her diction, the Italian accent that she never lost, the inflection and intonation in her voice when she was exasperated, are special qualities that we will never forget. There have been so many unique usages of words said with her signature style of speaking that we have made a list that we call “Clara-isms.” I hope you enjoy them as much as we did when we were growing up! Here are a few:

Clara watches the weather every morning and numerous times during the day, so when winter winds cause the temperature to feel colder than it is, my mom talks about the “window chill.” Go to the window and feel how cold it is – that’s the window chill. Ever since then, I always touch the windows of my car to “feel” the temperature.

Knee (the dough) (Knead the dough)

Mom just likes to drop off the end of words sometimes.

Italians also like to add a vowel at the end of English words.

It is true that “Co-pay” means you must go pay the doctor.

Since I was a Hippie in the late 1960s, my mother called me (and my “kind”) a Yippie, not understanding that I was NOT a member of the Youth International Party, a radical, counter-cultural revolutionary movement. She would say, “Those Yippies!!” But I was simply a Hippie.

Mom must have been listening to commercials about Viagra or how else would she have even known this word. Vallarta is too hard to say, but Viagra is not?

When we told Mom that we went to see the movie “Legally Blond,” mom said, “Oh, yes, that’s what your daddy was.” But, he was legally blind!

The first time I called home after being away for some time at Bowling Green State University and my mom answered the phone, I was shocked and at the same time, delighted, to hear her speak English with such a heavy Italian accent. I had no idea!

Starting in her 70s, Clara began showing signs of Essential Tremor and sadly, it has affected her voice. Watching old videos of when she was younger, we listen to her heavy Italian accent and marvel at it and relish the old days, when she taught us prayers and nursery rhymes and yelled at us with her unique form of English.