Many Italian immigrants were in regular contact with their families and others back home. They wanted to maintain strong ties with the old country and its traditions and beliefs. Devotion to the saints formed an important part of their lives, as we can see from many immigrant letters.

Here we have a chain letter that circulated in the Campobasso region and among immigrants in Ohio. It arrived in the U.S. as an insert along with signed correspondence. The chain letters of Saint Anthony of Padua were and still are part of the Italian experience, though not as much as before. According to the ritual, you must answer the letter or email, otherwise bad luck will appear at your doorstep. Maybe you have received such a letter.

A soldier from far away delivered this letter in the name of Saint Anthony; after thirteen days the soldier was granted a favor. This letter has to make it around the world. A woman made it go around and she received thirteen millions without knowing whom the sender was. Probably this was a miracle. A man received this letter and started laughing; he never had had peace in his family but only quarreling and sorrows. Another woman who received the letter didn’t send it out and she delivered a blind baby girl.

I believe that this letter should travel and should be sent from a distance. I sent it to you because I know that you need Saint Anthony’s graces. Nobody has to know who the sender is. Write one letter a day and send it to someone who’s needy, be silent, and after thirteen days you will be granted the graces. Pray thirteen Our Fathers in the name of Saint Anthony. This letter must travel around the world, and whoever loses it will never find peace.

Long live Saint Anthony and all those who believe in him. 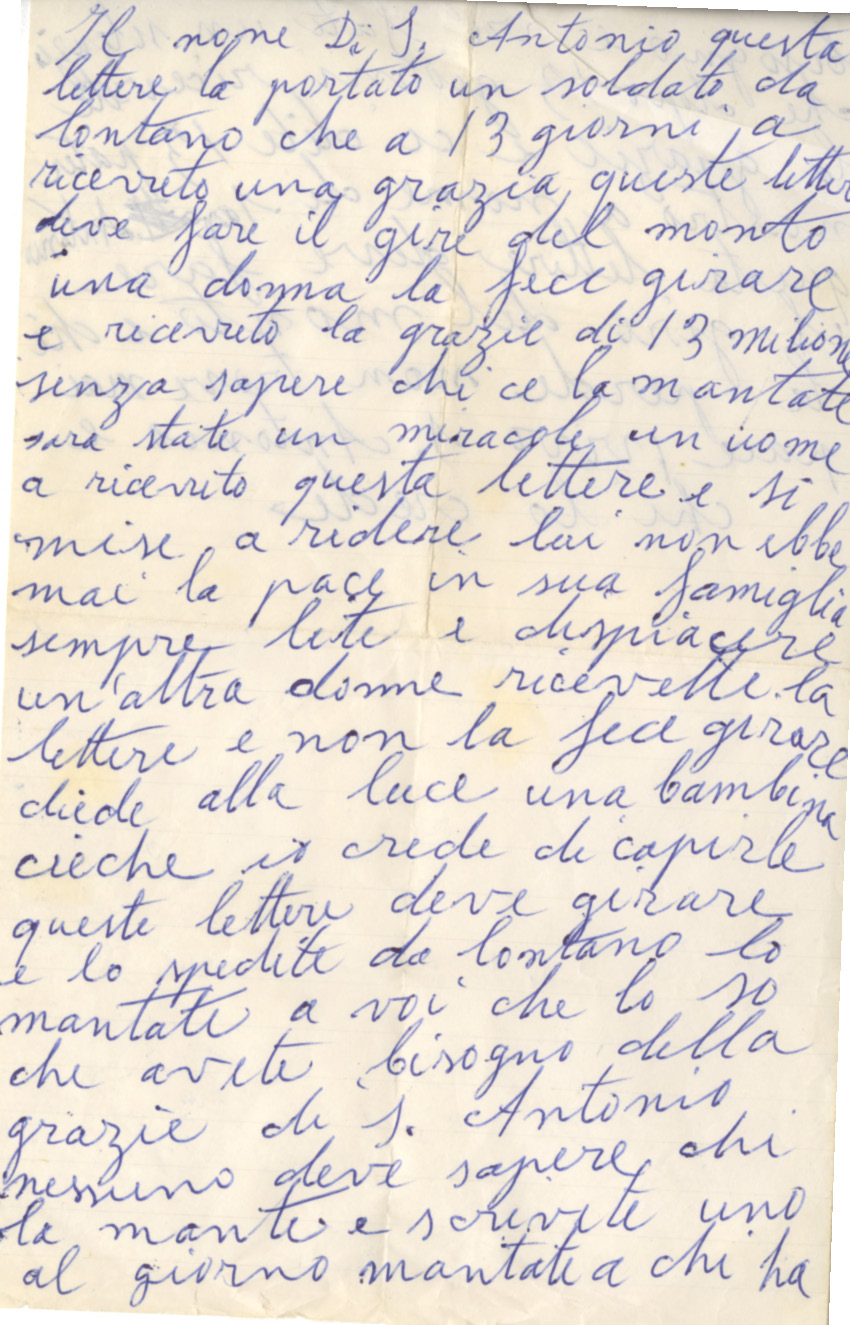