Coffee is the New Racket in Italy 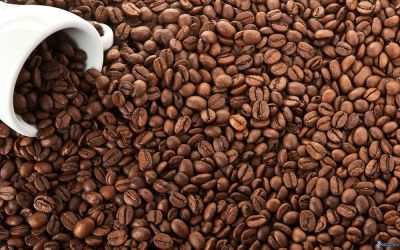 At the age of 87, notorious Italian crime boss Salvatore “Toto” Riina died in his prison hospital bed this past November while in a medically induced coma following cancer treatment. As one of Italy’s most feared mobsters, Riina inflicted a murderous reign of terror on Italy for almost four decades. Known as the “boss of bosses” of the Sicilian mafia and nicknamed “The Beast” because of his cruelty, Riina was serving multiple life sentences after convictions for ordering 150 murders (although experts believe the count was actually much higher). In the 1980s and 1990s, Riina assassinated his criminal rivals on an unprecedented scale, also targeting the prosecutors, judges and journalists who stood in his way. Riina, unsuccessfully, sought to run the Sicilian mafia, the Cosa Nostra, from his prison cell in Parma.

Although the crime syndicate still exists, it is considered a shadow of what it once was, under Riina’s reign. Riina hailed from the small Sicilian town of Corleone, made famous by “The Godfather” films. And, although Federico Varese, a mafia expert at Oxford University, states that “Riina’s death marks the end of an era,” it appears that his daughter, Concetta Riina, prepares to keep his memory alive. Just days after her father’s death, Concetta created an online espresso store called “Uncle Toto.” Perhaps attempting to trade on his infamy, she began accepting pre-orders for espresso pods in order to raise money after police seized the family’s savings. She launched “Zu Toto” on her husband’s, Antonio Ciavarello’s (currently under house arrest for fraud), Facebook page.

The online store disappeared soon after being exposed by Italian media. Mafia experts state that coffee was not a random choice for the daughter of Sicily’s most notorious mob boss. Espresso is not only an emblem of Italian culture, but it has become an effective tool for crime bosses to extort money from traders. Bars are often bullied into selling specific coffee brands promoted by mobsters, who skim the profits. “Coffee is the new racket,” author Antonio Nicaso, one of the world’s leading mafia experts and university lecturer in Canada and the U.S. told The Guardian. “Bar and restaurant owners are willing to pay the higher prices for fear of retribution. It’s a subtler way to extort money from owners of bars and restaurants – a difficult method for the police to intercept,” he said. Before his capture in 1993, Riina was a three-a-day espresso addict, but he gave up coffee in prison, fearing that his enemies would take advantage of his addiction to poison him.

Tweet
More in this category: « The Olive Harvest in the Veneto The New Year's Foods of Italy »