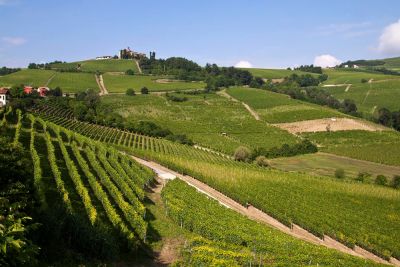 Piedmont, Italy, its name deriving from the Latin phrase ad pedem montium meaning “at the foot of the mountain,” is one of the great winegrowing regions in Italy. Surrounded on three sides by the Alps, the Piedmont region is the second largest in the country. Here the Nebbiolo grape reigns. Producing lightly-colored red wines which can be highly tannic in youth with scents of tar and roses, the wines require years of aging to balance the tannins with other characteristics. Tucked within the renowned wine country are tiny, albeit mighty, wineries and cantinas sure to impress even the snobbiest of wine snobs.

Cantina Mascarello Bartolo
In the heart of the medieval wine town of Barolo, this tiny cantina lays claim to what has been said to be “the single finest Barolo ever made” (Sheldon Wasserman author of “Italy’s Noble Red Wines,” 1990). For over 50 years, Bartolo Mascarello was an influential figure in the Langhe wine region in Piedmont. Until his death in 2005, Mascarello consistently produced rich, supple, intensely aromatic, deeply colored, monumental Baroli. He was also a fierce protector of those traditional methods responsible for creating such profound wines. And, his daughter, Maria Teresa, is every bit as fierce. Taking over Cantina Mascarello Bartolo upon her father’s death, Maria Teresa’s commitment to her family’s methods and traditions may perhaps be bringing an even greater elegance and consistency to her father’s wine.

Paolo Manzone
Coming from a family of well-known farmers and grape growers, it was only fitting that Gianpaolo Manzone (the sixth generation of a family involved in the wine industry) began producing his own wine. Following in his father’s footsteps, in 1999, Gianpaolo bought vineyards in Serralunga diAlba and began production of Barolo Meriame and Barolo Serralunga. Today, the farmhouse and cellar host guests for overnight stays and wine tastings with Paolo and his wife, Luisella. Visitors can stay right in the midst of the vineyards.

Ca’ del Baio
As is tradition in the Langhe, Ca’ del Baio has stood through four generations with the Grasso family.  Today, Giulio, Luciana and their three daughters run the 25 hectares (approximately 62 acres) of vineyards in the villages of Barbaresco and Treiso, both of which are in the Barbaresco winegrowing area. Knowns as the “little brother” of Barolo wine, Barbaresco wines typically don’t age as long as a Barolo. With the first vineyards planted in 1900, the winery produces some of the finest Barbaresco in Italy.

Cantina Del Glicine
Dating back to 1582 (you read that correctly), this cantina is an absolute must-see for all Barbaresco lovers. Wisteria (“glicine”) decorate the winery’s courtyard and garden. Visitors take a step back in time with its “Lord of the Rings-esque” cellars. The 6-hectare estate is open for visitors Thursday-Monday.