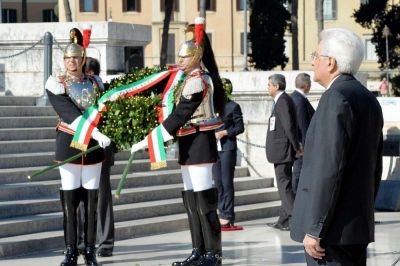 June is filled with great events such as festas and musical concerts all over the country.

June 2 – Festa della Repubblica (Anniversary of the Republic) On this day in 1946, Italians voted to abolish the monarchy that had been in place since Italy’s Unification in 1861. The House of Savoy’s final monarch was Umberto II who only got to be king for a month. On this national day, many public services are closed.

June 5 – Venice’s Festa della Sensa. There is a lot of pomp and circumstance for this “Bride of the Sea.” Every year, Venice’s Doge has tossed his ring into the waters, a symbol of the renewal of the marriage between Venice and the water.

June 12 – A marriage commemoration in Accettura, Basilicata. A huge tree representing the “king” is cut and brought by oxen to the town. The “queen” is brought in and the two are joined
and a huge procession and feast follow.

June 16-17 – Festival of St. Ranieri at Pisa is celebrated with the Luminara of St. Ranieri. In the evening, the banks of the Arno River are illuminated with torches and thousands of lighted candles are floated downstream on corks. The next day, the regatta takes place with a rowing contest; oarsmen in 16th century costume on each boat represent the city’s various quarters.

June 24 on St. John’s (San Giovanni) Day at the Isola Comacina (Lake Como) is the reenactment of the burning of this island. The actual event took place on June 24, 1169 when Barbarossa and Como’s leaders lit the island on fire. On this day, fireworks are set off to give the illusion of the burning and destruction of the isle in the middle of the lake.

June 25, the last Sunday of the month, is the Festival of the Lilies in Nola (Naples) recalling the homecoming of the Bishop after a long imprisonment in Africa.
The people welcome him waving bunches of lilies and large structures representing lilies are carried through the streets.
During this month in Florence there is the Annual Flower display – a carpet of flowers on the main square.