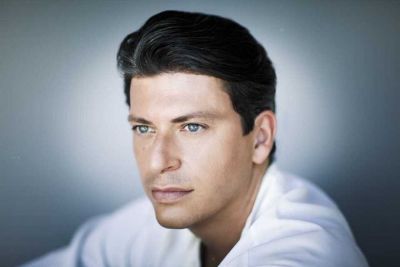 In 2008, Francesca Mignosa had the privilege of interviewing international multiplatinum recording artist, Neapolitan Pop Crooner, Patrizio Buanne. In the 10 plus years that followed, Patrizio has taken the world by storm with his seductive Julio Iglesias-meets-Tom Jones blend of ballads and bravado. For Patrizio Buanne, it is all about the voice and an instinctive ability to convey real emotion. The dark, ruggedly handsome singer, who speaks 6 languages fluently and has recorded in several other languages, has already won over a legion of international fans with previous albums rooted in the pop traditions of his southern Italian homeland. Throughout his career, Buanne has performed for such luminaries as The Pope, Royal Families, U.S. Presidents, and numerous other celebrities. Today, he is considered the world’s most popular Neapolitan pop crooner and has made a mark on the U.S. album charts, starred in a PBS special and has sold over 10 million albums worldwide. Like Chris Botti, Celine Dion, Julio Iglesias, or Tom Jones, Patrizio is searching for that timeless quality in a song where the sentiments are conveyed in a credible way. He interprets songs with his own romantic, European approach. Patrizio is currently on a world tour promoting his fifth album “Italianissimo.” The album remains true to Buanne’s role as an Ambassador for Italian and Neapolitan song, his trademark. What qualities separate Patrizio from other great artists? Is it the natural grace of his voice, his rugged good looks, or the confident, casual, respectful attention that he gives to his audience? Francesca and Patrizio reunited for another chat recently.

Francesca V. Mignosa (FVM): Ciao Patrizio, we met in 2008 before your concert at Playhouse Square in Cleveland. It is great to reconnect with you, again, for our readers of La Gazzetta Italiana. What have you been up to the past 11 years?

Patrizio Buanne (PB): Buongiorno Francesca, it is indeed a pleasure chatting with you again. I don’t know where to start as it still seems like it was just yesterday! I will start by saying that I am extremely grateful and blessed having a career that has lasted for many years now and for having wonderful fans. Many previously successful recording artists have sort of disappeared, however my management keeps getting requests from all over the planet. I guess it is not about who runs quicker but who runs farther! I am happy that the songs I sing and wrote are timeless and that I get to keep that legacy alive. But, my success should not be measured by what I have achieved or done; but by the fact that fans still want to see and hear me sing. So, thank you for this opportunity to reconnect with my Ohio audience.

FVM: Please tell us about your current album.

PB: My brand-new album is called “Italianissimo.” I wanted to put a more international and timeless spin on the most requested standards such as “Ti amo,” “Oh Marie,” “Volare,” or “Caruso” by recording them all in different arrangements than what people are used to. I worked on songs with a big band (recorded in the U.S.), an orchestra (recorded in the heart of Europe) and with mariachi (while in Mexico). It also, of course, features original songs such as “Only Your Love Takes Me Home” and “Brand New Word for Sexy.” This approach, while experimental, always respected the essence of the original song. It was a passion project and it could not be more Italian. Its name “Italianissimo” reflects all the contrasts and differences that we live and see in Italy.

PB: I’m not just a Neapolitan guy singing Italian songs. Yes, it’s important to give people the kind of music I am known for, but I also wanted to open myself up artistically and give them something else or rather something more of me.

PB: I’m looking forward to my U.S. tour as well as Australia, South Africa, Europe, and South East Asia. Dubai, Mexico and China have already confirmed interest for a national tour in 2020. I’m also working on my first Christmas album. I am looking forward to all of that.

FVM: Will you come back to Ohio or the U.S. soon?

PB: I hope so! Ohio has some great venues and a fun audience. Maybe it’s time for

an anniversary show with NOIA? I will be performing on Sept. 21 in San Diego and Valentine’s Day 2020 in Chicago.

PB: I am sorry that the music industry in the U.S. has changed with the disappearance of most record stores and fewer PBS specials showcasing musical talent. Both make it hard not only for established artists like myself to share their music, but also new talent to be introduced like I was back in 2008. I would like to say “Mille Grazie” for all the respect, support, love, and applause that I have received over the years from my fans around the world and particularly those who are from Cleveland. You rock! Viva la Dolce Vita and I hope to see you in 2019 and 2020!

“This international singing sensation is going to be around a very long time so learn the face, learn the voice, learn the name…PATRIZIO!”

For media inquiries or booking requests, contact Andrea Leone at: This email address is being protected from spambots. You need JavaScript enabled to view it..

Tweet
More in this category: « MUST READ: The Milan Thriller Series by Jack Erickson The Tarantella »