From the Italian American Press 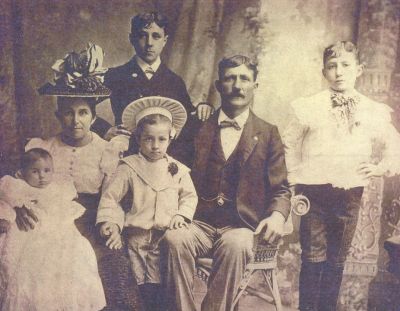 In 2001, educator and author Ralph J. Ferraro founded the Italian American Press, an online resource providing information and marketing assistance for Italian American writers. In 2011, Ralph transferred ownership of the IAP to Janice Therese Mancuso. Since then, the IAP has served as an online source of books primarily written by authors of Italian heritage.

The selection of books covers every topic, but the one thing they have in common is showing the author’s respect for Italian American and Italian culture, heritage and history. Many of the books listed provide a better understanding of Italian Americans and the immigrant experience is the foundation of Italian American culture. “The Strega and the Dreamer” is based on the true story of author Therese C. Dintino’s great-grandparents. It’s a story of Italian traditions, the cultural boundaries and hardships Italian immigrants faced in America and the Italian American experience.

In 1893, Marcello Ciandella leaves his small town in the hills of Abruzzi, travels over 100 miles south to Naples and boards a ship traveling to America. His wife, Eva, and his three sons remain in Italy, waiting for Marcello to send for them. As Eva waits, she continues her apprenticeship as a strega – “a midwife and healer.”

As with most cultural traditions in Italy, the actual customs and procedures vary with each region. Based on pre-Christian roots, Stregheria is Italian witchcraft, but can also be described as folk magic and has other connotations. Theresa grew up listening to the stories about her great-grandmother, a strega, but also described as a wise woman and a soothsayer. In exploring her heritage, she learned about the “Strega Tradition” in her family line and wrote “The Strega and the Dreamer.”

The story of Marcello and Eva spans 36 years, but mostly takes place between 1893 and 1906, providing glimpses into their lives – the first six years pass with Marcello in America, in his quest for a better life, and Eva in Italy, in her quest to become a better midwife. Before Marcello had left for America, a life-changing event caused Eva to question her practice. With Marcello in America, Eva, first overcoming the (late 19th century) barriers imposed on being a woman, starts to search for information to assist in her practice.

As Marcello learns the lessons of an immigrant laborer – that the streets are not paved with gold but paved by immigrants – Eva learns the techniques of modern medicine. Marcello deals with the enforced restrictions on his labor and pay while Eva’s practice flourishes with her newfound knowledge and medical tools. While Marcello learns English, Eva learns medical terms. Through his travels to several states for work, Marcello endures the death of his friends; as a midwife, Eve brings life into her hilltop village.

Over the years, Marcello has put money aside to bring his family to America, but supplies, food, work fees, and helping his hometown compatriots siphons his savings and takes him further away from reaching his goal. In Abruzzi, Eva thinks about her life in America, but is unsure about leaving her village and the people who need her. After six years, Marcello settles in New Hampshire and sends for his family and a harrowing experience has Eva making immediate plans to leave her beloved town.

In New Hampshire, Eva feels somewhat isolated, but slowly learns English and earns other’s trust in her skills as a midwife. Still, she longs for her home town in Abruzzi and now together in America, Marcello and Eva face the obstacles of cultural barriers and prejudices.

“The Strega and the Dreamer” is a story about courage, determination, heartbreak and solitude, and the accomplishments achieved through both joy and sorrow. The Italian traditions woven into the lives of Marcello and Eva carry them through the difficult times, making them stronger as they face conflicts and new opportunities.