Gianluca Grignani (Driven by change and compelled by courage) 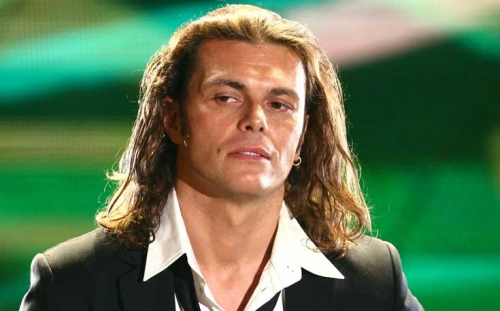 Gianluca Grignani has the outward appearance of a man who has it all. He is remarkably handsome and is an undeniably talented singer, songwriter and musician. During his seventeen year recording career he has already recorded ten albums, conducted numerous international tours and made repeat appearances at the Sanremo Music Festival. He is a consummate perfectionist yet remains a restless individual who is always seeking to re-invent himself regardless of the end result. He is courageous in his convictions and has at times been criticized for his "reckless abandon".

He was born in Milan on April 7th, 1972 in the northern region of Lombardy and at age seventeen he moved with his family to the "comune" (village) of Correzzana located in the province of Monza. His first musical influence as a child was Elvis Presley and at this time he began writing his initial musical compositions. He later drew inspiration from artists such as The Beatles, The Police, Lucio Battisti and I Nomadi and began performing in small clubs and venues located throughout the region. An encounter with noted Italian guitarist and producer Massimo Luca in the spring of 1994 would lead to Gianluca signing a recording contract with Polygram Records.

The label entered his composition "La mia storia tra le dita" into the short-lived Sanremo Giovani music competition later that year. The song received both popular and critical acclaim and secured him direct admission to the 1995 Sanremo Music Festival. He presented the ballad "Destinazione Paradiso" which finished in sixth place in the "Nuove proposte" (Emerging Artists) category. The song became an immediate hit and would be included in his first album released later that year, simply entitled, "Destinazione Paradiso" and would go on to sell over 800,000 units in Italy alone and over two million copies worldwide. As was popular at the time, a Spanish version of the recording "Destino Paraiso" was successfully marketed in Spain and Latin American as well. He also received the Italian television's "Telegatto" award as the "Artista rivelazione dell'anno" (Artist revelation of the year).

This sudden and unexpected success was overwhelming and for a brief period he chose to escape from the spotlight and reports began to surface indicating that he had died of a drug overdose. He immediately dispelled these rumors and returned to the studio to complete work on his second recording "La fabbrica di plastica" (1996). The recording was a drastic change from his previous album as he abandoned the popular mainstream commercial sound in favor of experimental beats which gave the release a "rock opera" feel. Initial reviews were scathing and negative, yet the recording found support among a hardcore following and is still considered his most innovative work to date. His next recording "Il campo di popcorn" (1998) was recorded in the United States at the Hit Factory in New York and followed a lengthy international tour that reached destinations as far away as Vancouver, Puerta Vallarta and Nashville. The album featured twelve distinctly unique songs which displayed his intrinsic creativity yet still maintained a coherent feel throughout. The recording yielded four hit singles; two of which had accompanying videos that garnered significant airtime on the Video Italia network.

Gianluca completed the decade by returning to the 1999 Sanremo Music Festival as he presented the song "Il giorno perfetto". This was also the name of his fourth album; a greatest hits compilation which was released shortly thereafter. With his popularity at an all-time high, he was cast, later that year in his first cinematographic role in the full length romantic drama "Branchie". He began the new millennium, upon returning from a vacation to India, by choosing a new direction for his music as he abandoned the conceptual album approach for a more poetic and lyrical focus. The result was his fifth release "Sdraiato su una nuvola" (2000) on which he played nearly all the instruments and played a larger role in producing. The album featured two hit singles "Speciale" and "Le mie parole" which remained on the charts for weeks and he returned to the road on a lengthy international tour in support of the new recording. Gianluca made a return appearance at the 2002 Sanremo Festival as he presented the lovely ballad "Lacrime dalla luna". The song received favorable reviews and found its way on his sixth recording "Uguali e diversi" (2002) which yielded five hit single including "L'aiuola" which he presented later that summer at the 2002 Festivalbar Music Competition. He released his seventh recording and second greatest hits compilation CD/DVD entitled "Succo di vita" (2003) and sought a short respite from the music scene after a brief tour in support of the album in order to spend time with his family.

Gianluca returned to the studio sober and invigorated having finally overcome a drug addiction to cocaine. He recorded the platinum-selling "Il re del niente" (2005) that contained the hit single "Liberi di sognare" which he successfully presented at the 2008 Sanremo Festival. The album featured a return to more commercially accessible compositions. He chose to record at a more subdued pace, at his home studio so as to enjoy his newfound family life. His ninth recording "Cammina nel sole" (2008) featured a more mature artist crafting masterful and inspired songs of a more personal nature that appealed to the larger audiences as evidenced by the hit songs; "Ciao e arrivederci" and the beautiful duet with L'aura Abela; "Vuoi vedere che ti amo". His most recent release "Romantico Rock Show" (2010) was certified platinum and has remained on the charts for over eighteen months, thanks in part to the hit singles "Sei sempre state mia", "Il piu' fragile", "Sei unica" and the title track. Gianluca has been married to photographer Francesca Dall'Olio since September of 2003 and has three children; daughters Ginevra (2005) and Giselle (2008) and son Giosué (2009). In September of 2010, he published his autobiography "La mia storia tra le dita". For more information you can visit his website at www.grignani.it.

Matteo Salvini is in court over migrant detention claims