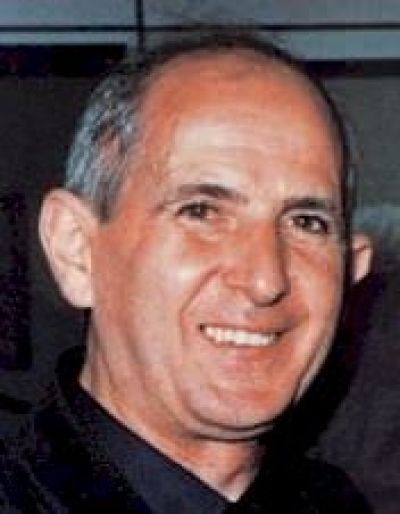 Have you ever thought about what it means to be a hero? Years ago, when I worked for a large corporation, a co-worker said to me that the company founder was a personal hero of his. I thought that was an odd thing to say. True, the man came from meager means to become one of the ten richest men in the world, but a personal hero? Really? Rather than argue the point, I uncharacteristically kept silent. The conversation, however, caused me to think more deeply about just who I consider a hero, especially someone I consider a personal hero. So, let me tell you about a man who recently became one of my personal heroes.

Imagine the night of September 15, 1993. There was no moon that night, assassins plan these things out well, so the streets of Palermo were dark. Getting out of his car, Father Giuseppe Puglisi heard his name called out. As he looked to see who it was, Salvatore Grigoli walked up behind the priest and put a bullet in his head. Dying, Father Puglisi said to his murderer, “I’ve been expecting you.” So, what led to the death of this man? Why was he expecting his assassins?

At first glance, Father Puglisi doesn’t seem to be made of the stuff of great heroes, coming from a poor neighborhood and a common family. His father was a cobbler and his mother a dressmaker. Without much notice to the world, he was born on September 15, 1937, in the same Palermo neighborhood in which he was killed so many years later, Brancaccio. This was not a part of Palermo regularly invaded by tourists. It was an area riddled with crime, run by “men of honor.” Perhaps, it was living in this neighborhood, seeing what life was like for the people around him that developed in Father Puglisi his purpose in life entering the seminary at an early age, just 16-years-old. Although no one saw it at the time, it was inevitable that this calling would lead to his bloody end.

He began his ministry in 1960, being ordained by Cardinal Ernesto Ruffini. He and the Cardinal disagreed, however, on the impact organized crime had on the Italian people. The Cardinal was typical of the Catholic Church that had, at least at that time, what could be diplomatically described as a  “complicated” relationship with the “men of honor.” While Ruffini went so far as to claim that the Mafia may not even exist and if it did no one really knew what it was, Father Puglisi had no confusion. He had seen it first hand, he had lived in the neighborhoods it controlled. Despite this difference of opinion, Puglisi was respectful to church leadership; "We can, we must criticize the church when we feel it doesn't respond to our expectations because it's absolutely right to seek to improve it." With a smile he added, “But we should always criticize it like a mother, never a mother-in-law.”

Father Puglisi was not shy about criticizing The Syndicate, speaking out against it publicly, working to change the hearts and minds of the people of his parish. He refused to allow “men of honor” to march at the head of religious parades which are an important part of Italian culture, denying them contract work from the church as well as refusing any of their tainted donations. While all of this was important, it was his work with children that really took its toll.

The good father encouraged children to stay in school. Rather than dealing drugs, robbing or selling contraband cigarettes, he showed them a different path. He taught them that if they wanted to be respected, to be admired, there was a better path than through organized crime. He pointed them to a path in which they could hold their heads up high. It was for this work, saving children, that he was killed.

On May 25, 2013, the mass celebrating his beatification was attended by 50,000 people. During the mass Cardinal Remeo said, “The more we look at Father Puglisi’s face, the more we feel that his smile brings joy to all of us. Father Pino still smiles and instills in us communion with God and saints.”