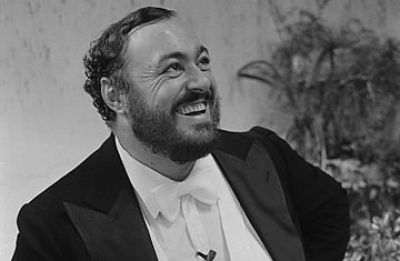 The leaves are falling and the wine is harvested! It’s a perfect time to toast some of our favorite Italians’ birthdays. On October 12, we remember Luciano Pavarotti who quickly became one of the most commercially successful tenors of all time. His success established him as one of the finest tenors of the 20th century. Carmen Russo, an Italian dancer, actress, TV personality, and singer from Genoa celebrates her birthday on October 3. Bruno Sammartino, best known for being the longest-running champion of the Worldwide Wrestling Federation, was born in Abruzzo on October 6, 1935. Academy Award winning actor, comedian, screenwriter, and director Roberto Benigni turns 67 on October 27. Giuseppe Verdi, born October 9 or 10, 1813 was an Italian opera composer who became one of the pre-eminent composers in history by his 30’s. His operas remain extremely popular to this day.

Cheers to these history-making Italians!