Croatti "Cleaned Up" in the Business 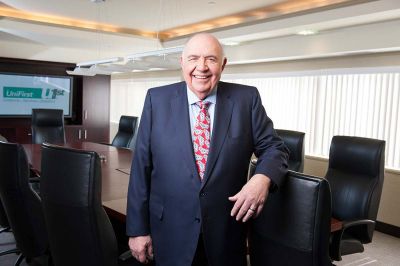 The UniFirst Company supplies uniforms to nearly 2 million people working for 300,000 businesses in the U.S., Canada and Europe. The second largest supplier and cleaner of uniforms generates about $1.5 billion in annual revenue. Goodyear, Coca Cola and Costco are among its customers, many of whom are in the food, health care and energy services. UniFirst also decontaminates uniforms of workers at nuclear facilities.

Ronald Croatti, Chairman, President and CEO of the company based in Wilmington, MA, recently passed away. He was 74. As a teenager, Croatti worked part-time with the company and after he graduated from San Diego State University in 1965, was hired full-time. He worked in all areas of the company: services, sales, operations, and management.

The family-owned business was founded in Boston, MA  in 1936 by his father, Aldo. Aldo initially washed and cleaned uniforms with one washing machine out of a converted horse barn. UniFirst has become the second largest supplier and cleaner of uniforms and garments in the U.S. following Cintas. The company went public in 1983 and the Croatti family remains in control holding a majority of the voting shares. In 1984 the company changed its name to UniFirst.

In 1991, Croatti became chief executive succeeding his father. Family members include his sister and board member, Cynthia, who joined the company in 1980 as treasurer. She was named executive vice president in 2001. Two of his sons, Michael and Matthew, are also company employees. Michael is senior VP of services and operations.

Ronald Croatti’s paternal grandparents emigrated in the early 1900s from Rimini, one of Italy’s most famous seaside resorts on the Adriatic Sea in the Emilia Romagna region.