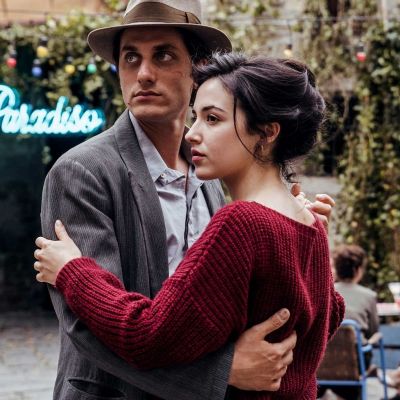 The Cleveland Italian Film Festival 2021, showcasing award-winning films from Italy, comes to Cleveland Aug. 26 – Sept. 9, 2021 at the Cedar Lee Theater and Atlas Cinemas Eastgate. All films are $12 and are showing Thursday evenings at 7:30 p.m.

The Cleveland Italian Film Festival is the first independent film festival in Northern Ohio to exclusively showcase Italian award-winning films in Cleveland area theaters since its inception in 2006.

On Sunday, August 29, 2021 at 1 p.m, Michelin starred Chef Dante Boccuzzi will prepare his annual “Dante’s Pranzo” celebrating the cuisine of Italy. Tickets are $115 per person and include wine with each course, gratuity & tax ($55 tax deductible). For reservations call 216-456-8117.

Here are the great films coming your way!

Winner of Italy’s Oscar with 12 wins and 59 nominations, this riveting story is filled with brilliant acting and beautiful cinematography filmed in Naples and Campania.

After saving Auturo, a young man from a wealthy family, from a beating, Martin Eden, a destitute sailor, is invited to dinner by Auturo’s parents at the family villa to show their gratitude. Here he meets Elena, a cultured, refined young woman and it is love at first sight.

Martin struggles to rise upward through an intense and passionate pursuit of self-education, hoping to achieve a place of respect among the literary elite and elevate his social status so he can marry Elena. An inspiring story of willpower and persistence against great odds.

A true story of Mussolini’s secret love, Ida Dalser and their son Benitino.

The great Italian actress Giovanna Mezzogiorno plays Ida Dalzer who sells her jewels, furniture and business to support Mussolini’s thirst for power always claiming until her death they were married and she his rightful wife. Mussolini declares his love for Ida and fathers a son but always keeps her at a distance.

As Mussolini attains power, for unknown reasons he leaves Ida and marries Rachele, but Ida is obsessed that she is his rightful wife. She writes letters of protest to everyone including the King of Italy and the Pope. Her continued obsession is met with her being confined in an insane asylum with her son Benitino Mussolini taken away from her and sent to a boarding school. This is a little-known, true story of a woman who sacrificed her life for a man who made history and his thirst for ravenous power.

This beautiful, touching film with a trio of great actors will enter your heart reminding you that you are never too old to change your life, and that dreams never get old.

Gianni, a retired professor, and two of his friends in Rome tired of paying high taxes from their meagre pensions decide to move to another country to find a better life.

They trawl the pubs and restaurants of sun-saturated Rome discussing their plans and discover they are still learning about themselves and life. A delightful film with characters you will want to spend more hours with long after the credits roll.