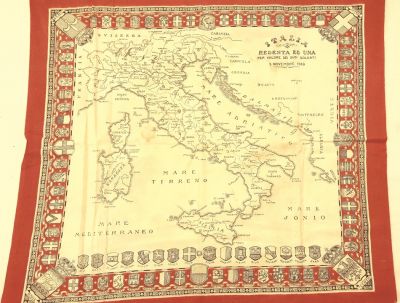 Salvatore Artino was eight-years-old when he emigrated from Sant’Agata Militello, Messina, Sicily, with his older brother, Vincenzo, in 1903. They settled in Lorain County near Bellevue, OH, as Vincenzo was able to secure work on the railroads in that area.

When Italy entered WWI in April of 1915, Salvatore had just turned 20-years-old. He was still an Italian citizen as he had not yet naturalized. The Italian government enacted conscription to increase the size of its military force. Italian citizens who arrived in the U.S. before age 17, like Salvatore, were not required to join the Italian Army. But they did have to register as eligible for military service with the local consulate.

Salvatore did not enjoy working on the railroad, so he decided to join the Italian Army. Soon after, he was captured by the Austro-Hungarian forces and sent to a prisoner-of-war camp. Not much more is known about Salvatore’s experience as a POW or his activities as a soldier, but studies reveal that prisoners faced starvation and disease, such as Typhoid Fever, and were forced to work to the point of exhaustion. 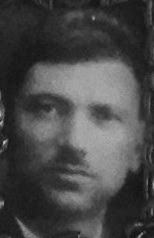 When WWI ended in 1918 and Salvatore was released, he acquired a souvenir handkerchief commemorating Italy’s victory in WWI. It shows a map of Italy including the new regions Italy was to reclaim as a part of the 1915 Treaty of London. The border is decorated with the arms of 88 Italian and Balkan cities, highlighting in each of the four corners Rome, Trento, Trieste, and Saubado. The title in the upper right-hand corner means “Italy redeemed and one for the valor of its soldiers.” November 3, 1918 is the date of the Villa Giusti Armistice which refers to the signing of the treaty with Austria-Hungary ending the war.

Before returning to the United States, Salvatore spent a few years in his home village of Sant’Agata and married Vincenza Blogna. In 1921, Salvatore made the return voyage to join his brother Vincenzo once again, but left his pregnant wife in Italy. He would not see his wife or meet his daughter Teresa until 1928. Upon their arrival in the U.S., Salvatore moved the family to the Kinsman area in Cleveland. The couple had three more children.

Salvatore kept the handkerchief with him until his death in 1962. Then, his son Ned (Ignazio) Artino put it away for safekeeping. As a security guard at the WRHS Cleveland History Center, Ned knows that WRHS carefully preserves its collections and effectively shares stories of the past. Rather than keeping it in a drawer or risk it getting thrown away in the future, Ned thought he would offer it to WRHS to add to the Italian American Collection. With this being the 100th anniversary of the end of World War I, it was a timely donation. WRHS is pleased to have this item that is a reminder of an important time in the history of the world as well as an Italian immigrant to Cleveland.