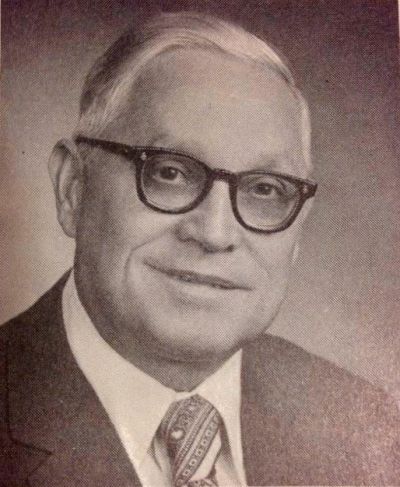 In many communities, a member often wins respect and recognition because of his involvement with the people with whom he is working and among those he serves. He is not admired because of his wealth, education or position. Michael T. Lariccia, a first-generation Italian American, earned the respect of many in Smoky Hollow, once a Youngstown neighborhood of low incomes but rich diversity. Mike was born in Smoky Hollow in 1910 and lived there until 1964. He was my father.

Mike began his work with the YMCA in downtown Youngstown in the late 1920s as an assistant to the well-known Curly Johnson, a YMCA employee. Curly died in 1934 and Mike took over the Newsboys Club. The membership was made up of boys in the low-income group. It was the only organization these youngsters could afford. The dues were five cents a month. Mike’s devotion and interest (and the low dues)were important in keeping the boys, ages eight through 18, out of trouble.

With assistance, Mike started baseball and basketball leagues. He had to find umpires, referees and timekeepers. Help was also needed because there were a lot of boys involved. There was also a group of older boys who came into the “Little Y” after nine o’clock. They represented ethnic clubs throughout the city. The young men, between 18 and 25, organized themselves because during the Depression there was little to do. They would go to the “Y” which had a small gym they could use. On Saturday nights, Mike showed the boys movies at a cost of 2 cents, but if a boy didn’t have the money, he was never turned away.
Mike and his newsboys had a busy schedule. There were many programs: boxing, crafts class, story-telling night, amateur hours, dancing classes, hikes, Easter egg hunts, and, of course, Saturday night movies with Mike at the projector.

The Newsboys Club also served another purpose. The club had a washroom with 16 showers that were in use every single day of the week. Mike recalled a boy who told him that this was his first shower. There were no showers or baths in most homes during the Depression. It was tough. No work! No money! Everyone was in the same position. People helped each other.

Many of the boys went into the Army during WWII. Some became officers. Some were injured. Some died. Some who came home used the GI bill to attend college. Many became doctors, lawyers, athletes, teachers, etc.

It is said that thousands of boys passed through the doors of the Newsboys Club. They came back, time and again, to visit because they had participated in a program that catered to their many interests and needs. And, because they continued to have a trusting friend and teacher in Mike Lariccia.

Although my father left the Newsboys Club in 1946, the young men continued to remember and relate to him. They appreciated Mike so much that they formed a committee to plan a testimonial dinner. These boys never forgot the good times and the help my father had given them. On February 2, 1964, over 600 people were present to honor him.

Mike was a good man, a man for all seasons.