Tradition and Celebration in Italy's Winter 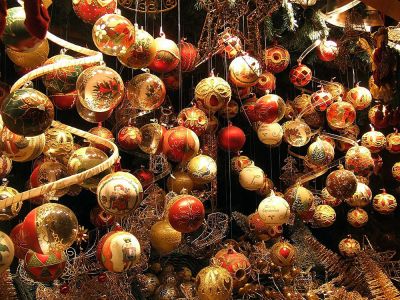 As the end of the year approaches, many individuals are preparing for Christmas. This holiday has a heavy emphasis in multiple locations across the globe, but what some may not know is that countries such as Italy celebrate numerous holidays with numerous traditions throughout the month of December and January. There is more to an Italian winter than just Christmas.

Traditions and celebrations are honored in Italy throughout the snowy season. Some include avoiding meat on Christmas Eve, eating an enormous banquet on New Year’s Eve and enjoying tales such as Befana, the good Christmas witch. Events such as The Feast of the Immaculate Conception and St. Stephen’s Day are observed in December and they are celebrated in their own unique ways. New Year’s Eve and New Year’s Day follow, which leads into the Epiphany in early January. These events are national holidays and very popular across the country.

Other customs happen more personally at home such as the ceremoniously burning of a Yule Log, known as a ceppo. Traditions are often passed down or shared between different cultures, which then become the norm for that area of the world as well.

Another popular and unique tradition of Italy includes the Urn of Fate. The Urn of Fate is an Italian practice in which a family gathers around and selects wrapped gifts from a decorated bowl. There is a present for each member of the family and everyone is allowed to take a gift until all presents are distributed.

Families can take part in the winter season by having their own customs to follow at home. Italian foods and feasts are widely accepted with enthusiastic smiles and families can craft creative dishes for the holidays. Various broths, soups, pies, and noodles are made and eaten on Christmas and the other holidays of the season. Some recipes may even be passed down for generations.

With such a great number of pastimes and occasions to celebrate, Italy is sure to be alive with festivities throughout the winter months. Whether to get in touch with one’s Italian heritage or to explore a new tradition that has been passed down for centuries, the Italian holiday culture is truly one to embrace and invite into one’s home this season.