Made in Italy - Alfa Romeos and Jeeps 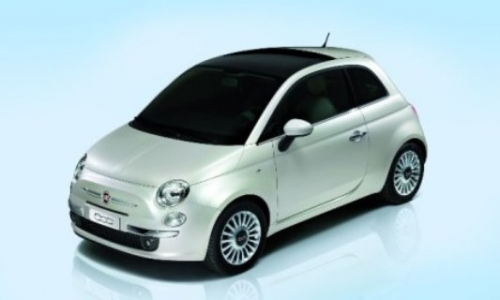 Fiat, Italy's largest automobile manufacturer, plans a joint $1.3 billion venture with Chrysler to produce cars in Mirafiori, Italy. Employing 5,400 workers, the remodeled Fiat plant would increase production to over a quarter million Alfa Romeos and Chryslers made in Italy.

Sergio Marchionne, CEO of both the Fiat group and the Chrysler group, is committed to a $1.3 billion investment, which has the potential to total $26 billion between now and 2014 if the Italian unions agree to the terms of the contract. The investment would be aimed at renovating Italian automobile factories and development of new vehicles. In return, the labor unions would have to agree to some concessions on labor rules. Negotiations with the union's 5,800 members are already underway. In a recent article in La Gazzetta del Mezzogiorno, Marchionne stated "producing the volume we need here will take a greater workforce than we currently have and this will open the door to new jobs."

Fiat would be paying 60% and Chrysler 40% of this total investment. The proposal includes building a Jeep model and a larger Alfa Romeo in Torino, in the 73-year-old former Fiat assembly plant. Production would increase from the current 178,000 units produced each year to a possible high of 280,000 units a year, which equals roughly 1,000 cars a day. The plant would build approximately 150,000 Alfas and 100,000 Chryslers each year. Half of the cars would be slated for sales in Europe with the remainder exported, predominantly to the US.

The new models are expected to be ready by the last quarter of 2012. This is welcome news to the Italian auto workers, as Marchionne had previously considered moving production of all Fiat models to a lower cost factory in Serbia.

Italy's Fiat Auto, which builds cars from the small Fiat city car to the high-powered Ferrari sports machines, owns has a 20% stake in Chrysler. According to Marchionne, Fiat has plans to acquire a total stake of 35% in Chrysler by the end of 2011. Fiat is hoping to use the undercarriage of Chrysler's successful Jeep Grand Cherokee to build more elaborate high performance SUVs for its Alfa Romeo and Maserati brands. In a recent conference call, Signor Marchionne stated "We've underestimated itâ¦we need to be able to extend it and use it properly." Chrysler is currently using this same frame in the production of the 2011 Dodge Durango, which had been previously built on the frame of a pick-up truck.

The old Fiat plant in Mirafiori is presently manufacturing the Fiat Idea, Multipla, Punto Classic, as well as the Alfa MiTo and the Lancia Musa. Once the unions agree to Fiat's proposal, the wheels will be in motion for production to begin, and the first models built will be the made-in-Italy Jeep Compass/Patriot. Alfa also will get an SUV, and will likely share a great deal, if not most of the technology. These models will be built on the new compact wide platform, which is derived from current Fiat technology.

Expectations are high that the Italian unions will agree to the required concessions and this venture will proceed. Fiat recently successfully negotiated with four of the five unions at the Pomigliano d'Arco plant near Naples. Marchionne is eager to have a resolution before too long.

Tweet
More in this category: « Divani & Divani by Natuzzi Italians are Constantly Connected »