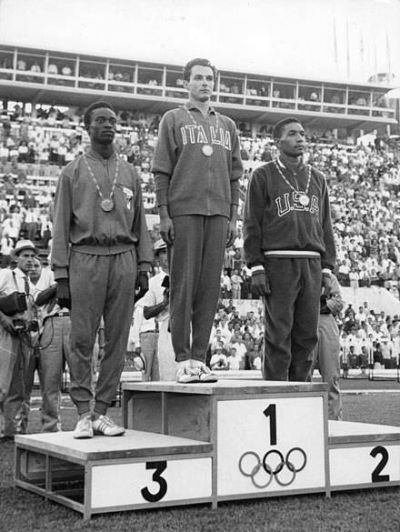 The 1960 Rome Olympic Games, also known as the SVII Olympiad in Rome, Italy, were spectacular, moving, and memorable. The 1960 Rome Olympics catapulted athletic competition worldwide like never before.
The 1960 Games were held from August 25 to September 11 and hosted 83 countries and 5,338 athletes (4,727 men and 611 women) from around the world who competed in 150 individual events. Holding the Olympics in Rome brought together the mixture of ancient times and the modern era. The Basilica of Maxentius and the Baths of Caracalla were restored to host the wrestling and gymnastics events respectively, while an Olympic Stadium and a Sports Palace were built for the Games.
The opening ceremonies were riveting and colorfully assembled. “Here came the Italians, looking molto bello in their light blue jackets, white slacks, and white hats. The Italian hosts entered in full force, 300 strong, and the roar for the home team was deafening,” recalls author David Maraniss in his book “Rome 1960: The Summer Olympics That Stirred the World” (2008).
Italian track athlete Giancarlo Peris lit the Olympic flame, a touching moment for all those in attendance and millions watching on television worldwide. Italian President Giovanni Gronchi declared the Summer Olympics open on August 27, 1960, by stating, as translated, “I proclaim the opening of the Games of Rome, celebrating the XVII Olympiad of the modern era.”
There were many firsts at these Olympics. The first commercially-televised Summer Games, the first doping scandal by athletes, the first time the newly-chosen Olympic Anthem composed by Spiros Samaras was played in the opening day ceremony, and Abebe Bikila of Ethiopia surprisingly won the gold medal with bare feet for the first time.

Rome waited 54 years to host the Summer Olympics. The International Olympic Committee (IOC) chose Rome to host the 1908 Summer Olympics however, when Mt. Vesuvius erupted on April 7, 1906, Rome painfully passed the hosting torch to London.
Cold War propaganda between the U.S. and Russia heightened the competitive atmosphere at the 1960 Games. “We don’t feel at all abashed about urging our boys in Rome to go out and beat the pants off the Russians and everyone else,” Sports Illustrated editorialized. “The contests in Rome shimmered with performances that remain among the most golden in athletic history…Interwoven in so many ways – one could see an older order dying and a new one being born. With all its promise and trouble, the world as we see it today was coming into view,” writes Maraniss.
In the U.S., millions of Italian immigrants and their families proudly watched the Olympics on television for the first time, cheering on both the American and Italian teams. They certainly felt an unsettling ambivalence between their native Italian countrymen and their newly adopted U.S. countrymen.
As most predicted, the Soviet Union prevailed and won the total medal count with 103 medals. The United States finished second with 71 medals and the Italian Team finished a very respectable third in Rome with 36 total medals.

The closing ceremonies were less spectacular than the opening ceremonies because most of the winning participants had departed from the city of Rome, leaving the nations of the world with lone flag bearers. After the stadium emptied, the sky lit up with a midnight fireworks celebration.
Afterwards, New York Times reporter Arthur Daley assessed the 1960 Rome Olympics saying,  “Maybe it was the best ever. It’s impossible to visualize or recollect any Olympic Games that match the tone these noble Romans threw. The entire production was conducted with totally un-Italian efficiency but with typical Italian flair for drama and beauty.” Daley was disappointed in the results, however, admitting that this was a crushing American defeat to the Soviets. “The Rome Olympics represented a resounding victory for Soviet Russia. The Red brothers beat us in total medals and in unofficial total points.”

Those 1960 Games were memorable because the city of Rome played an instrumental role in magically transforming and catapulting athletic competition worldwide from ancient times into the modern era with unifying grace, style, and purpose, despite the Cold War antics and posturing between the U.S. and Russia over global superiority and might.
The contributions of the 1960 Rome Olympics should never be diminished or overlooked in importance because Rome, the seat of the Roman Empire and the cradle of Christianity, again became the golden center of multinational intersection and sharing, the crossroads this time, for advancing athletic competition worldwide, like never before. Long live the enduring legacy of Rome and the progressive and determined will of Italian peoples, earnestly endeavoring to envision, build, and sustain a more competitive and greater, global society for all to emulate. 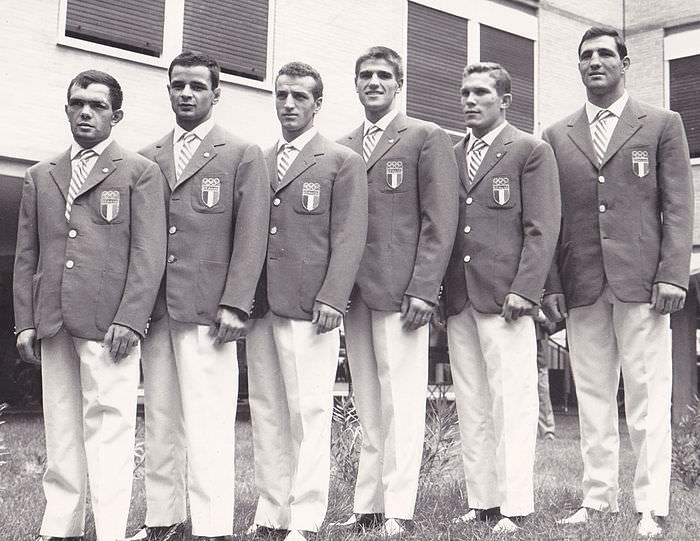 Tweet
More in this category: « All’s Fair in Love and War: “The Italian Prisoner” The Legacy of Two Remarkable Men »