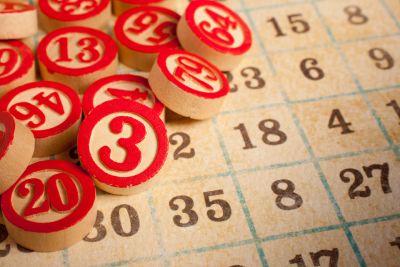 When I was a young girl living in Italy, I particularly loved the holiday season that brought back delicious munchies such as torrone (Italian nougat), panettone (Italian Christmas cake), pepatelli (almond and honey biscotti), and the money that my nonno Antonio always handed me when arriving at our house. Most of all, it signified that time had come once again to play Tombola: my favorite holiday game. Tombola is a board game that is similar to American bingo where numbers are drawn and prizes are won. But, the Italian tombola at our house was much more than just a board game. It was a special holiday event that reunited all the family members no matter the age, from the youngest to the oldest.

Our first tombola game occurred on the evening of La Vigilia di Natale (Christmas’s Eve) when our house was saturated with the aroma of the fried smelts, the baked baccalà adorned with the white raisins and the grilled eels that only a few hours before were still bathing in our kitchen sink. We took out the cardboard box containing our tombola set soon after finishing dinner and lined up le cartelle (cards), il cartellone (the big board featuring the numbers from 1 to 90) and the fabric sack containing the 90 pedine (wooden-made tokens) on the table. We then formed little piles here and there of i fagioli secchi della mia nonna (my grandmother’s dry beans) which we used to mark the numbers on the cards.

Next, we decided how much we wanted to pay for the cards which, back then, if my memory does not deceive me, we agreed at about 50 liras each. We divided the collected sum into five different amounts equivalent to the prizes at stake, from the smallest to the biggest. In order to win any of them, we had to have a sequence of numbers on the same row: ambo (two numbers), terno (three numbers), quaterna (four numbers), cinquina (five numbers), and tombola (all 15 numbers on the same card). After arguing as usual back-and-forth about whose turn it was to be the number caller, we were all set to start.

Before pulling out the first number, the bingo caller shook the sack containing the tokens a few times, as if wanting to wake them up from a long sleep. Then, the game began. Each number was chosen at random and was always announced in a loud voice so that everyone could hear it. When one of us shouted “ambo,” “terno” and the like, we were required to read back the combination. We did so just to verify that amid all that excitement and commotion, we covered the right spots and the fagioli didn’t accidentally slide from one space to another. Often times, we would hear the echoing voice of two relatives claiming a particular price at once. In that case, we would divide the money in half.

After the first four prizes had been claimed, the tombola became the highest prize left to win. In a big family such as mine, waiting for someone to fill in all 15 numbers on a card always created great excitement and anticipation. By that point, in fact, most of the numbers had been drawn and many of us were one or two odds away from winning the jackpot. So, any number would have given one of us the chance to call out “tombolaaaaaa!”

What made our Italian bingo even more entertaining was that the numbers had a relevant nickname. For example, instead of saying 11, the tombola caller would yell out le candele (the candles). Number 17, considered by Italians a messenger of misfortune, was always announced with the two words la disgrazia (bad luck). Similarly, when the number 25 appeared, you heard “Natale!” When 33 was drawn, we would say “gli anni di Cristo” (Christ’s age) and number 48 “il morto che parla” (the dead who speaks). Two numbers always generated a big laugh among us: 77 which meant le gambe delle donne (women’s legs) and 88 le tette (a woman’s breasts. Yes those!) When novanta (90) was pulled out, the caller always announced it imitating a frightening voice by uttering la paura (the fear).

Playing Italian bingo during the holiday season in my younger years was a memorable experience: my entire family gathered at the table during the most joyful time of the year. It was an annual event so magical that it lit a smile even on the face of the grouchiest person in the family. On January 6, when our last game of the season took place, it really felt, as we say in Italian, “L’Epifania tutte le feste si porta via!” (“Epiphany all the holidays takes away!”).

Tweet
More in this category: « The Feast of Seven Fishes - Cultural Images That no Longer Exist NIAF Gives $450,000 to Norcia Community as it Recovers from the Traumatic Earthquakes »