Celebrating the Arts: the Impact of the Italian Renaissance 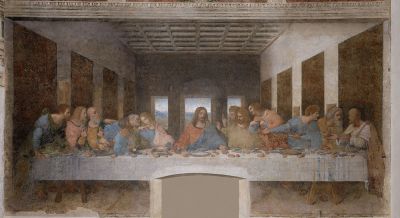 The Italian Renaissance was the era following the Middle Ages which exemplified everything artistic and culturally rich that humans could achieve if inspired. This era spanned a handful of centuries, and it led to an increase of art and invention that still influences the globe until this very day. The term “renaissance” itself must be considered when interpreting its importance. Renaissance, meaning rebirth, is truly a perfect word to describe Europe’s reenergized attachment to the art of those generations before them.

Although sometimes disputed, the Italian Renaissance is said to have begun in the 14th century and lasted until the 17th century. This renaissance found its roots in central Italy, and then it spread far and wide across the nation until it reached a large portion of Europe as well. This transition from the “Dark Ages” to Early Modern Europe captured humankind’s new quest for achievement, literature, art, and culture.

This era sprung forth after much tragedy in Italy. From war and economic recession, to horrible weather and poor agriculture, to sickness and repression from the church, Italy truly had an era in which the people were strained. Beginning in the 14th century, citizens and scholars were finally able to flex their creative muscle in many culturally-rich ways, from architecture to poetry. New ways of thinking were also introduced, including the preeminent concept of humanism and the scholars who followed this mode of thought.

A great deal of famous individuals showcased their various talents and techniques during this era. Well-known artists such as Leonardo da Vinci, Raphael, Botticelli, and Michelangelo created grand works in the Renaissance era. Niccolò Machiavelli worked on his political work The Prince. Writers and poets like Petrarch and Luigi Pulci published accordingly as well, and architects Leon Battista Alberti and Andrea Palladio were not shy to this era either. Many of these individuals and more worked rigorously in this era to show their nation and the world what talent humankind had to offer, and this prosperous era lasted many, many years to come.

The end of the Italian Renaissance is strung together with several unfortunate events after the next. Although not one thing is responsible for the decline, conflicts such as those between France, Spain, and Germany for Italian territory was definitely a contributing factor. There was also a backlash over humanism and secularism from the Catholic Church, and many individuals were persecuted for their work while art was destroyed. Many great Italian artists fled the country, including Leonard da Vinci, who was said to have left for France. After such tragedy plagued the county, the renaissance was said to have finished.

No one may ever know how far humankind could have come in that era if it wasn’t for the unfortunate end of the renaissance, but it is obvious that the influence this era had on the world is still felt in this modern time. Artists, poets, architects, and more managed to spread their influence globally by following their passion and showing everyone what they were capable of. The Italian Renaissance captured a “rebirth” like no other, and the scholars and artists of that generation shall never be forgotten.

View the embedded image gallery online at:
https://www.lagazzettaitaliana.com/history-culture/8563-celebrating-the-arts-the-impact-of-the-italian-renaissance#sigProId509ee3bcae
Tweet
More in this category: « A New Discovery in Pompeii: An Italy That Keeps Surprising Portrait of a Youth as Saint Sebastian »