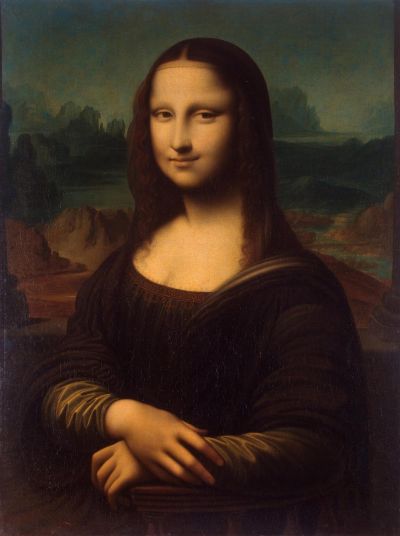 The oil painting of Lisa Gerardini, better known as the world-famous Mona Lisa, “My Lady” in English, is believed to have been painted between 1503 – 1506. A Florentine silk merchant, Francesco del Giocondo, hired Leonardo da Vinci to paint the half-length portrait of his wife on a panel. This painting has come to be recognized as the most visited and written about piece of art in the world and is on display at the Louvre Museum in Paris. While there seems to be some debate as to the subject of the painting, art historians are of the traditional opinion that the painting is that of Giocondo’s wife.

Leonardo began the painting in Florence and it is believed he finished it in France near the king’s castle in Amboise; sources contend that the painting was indeed finished there sometime in 1516 or 1517.

The Mona Lisa has survived for 500 years and while the edges of the painting have been trimmed to fit the picture into various frames, no part of the original has been trimmed. There has been some recorded cleaning, re-varnishing and touch-up. It is displayed in a climate-controlled enclosure behind bulletproof glass and illuminated by a lamp.

The painting’s financial worth has been placed at about $782 million making it, by far, the most treasured painting in the world.

Tweet
More in this category: « Italian Literature The Perugian Renaissance »