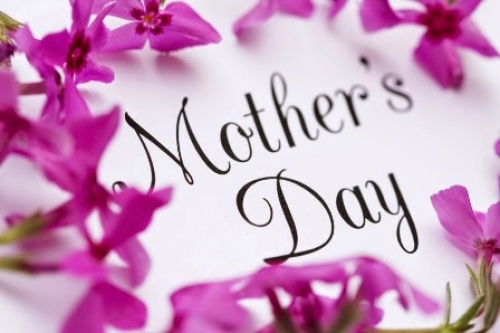 My mother, Anna Antonelli LoGrasso, had five sisters and one brother, who died as an infant. My grandmother named each of her daughters after a reigning Queen in Europe: Yolanda, Elisabetta, Aida, Helena, Rena.

My grandmother came from Pescara in Abruzzi, and despite my father's fury of protest each time she said it, my mother insisted that her family was from the north of Italy to distinguish herself from the lower class the south. My indignant Sicilian father always responded with the same speech (which my mother ignored) on the rich culture and history of Southern Italy and Sicily.

During WWII, while my father was in basic training at Treasure Island in California, my mother moved to San Francisco to be with him. While at Treasure Island, my father was asked to repeat his physical exam - twice. After the third physical exam, my father asked the doctor if he had a disease that they were not telling him about. Pushing his chair away from the desk and taking a deep breath, the doctor told my father that my mother had been writing letters to President Roosevelt, the secretary of the navy and the secretary of the war, telling them that my father was too ill (because of sinus problems and athlete's foot) to go overseas and should be given a deferment! The government was beginning to suspect that my father wanted to avoid service. The doctor warned my father to tell my mother to stop writing letters, or he would be in big trouble!

My mother enjoyed managing a small tea room in Berkeley. One day Admiral Chester Nimitz, commander-in-chief of the United States Pacific Fleet, visited her tea room and accidentally left his coat there; my mother ran out of the tea room calling for him so that she could return his coat. She loved to tell this story, for it was one of her proudest memories.

A member of the greatest generation and held captive by worry every day of my father's tour of duty in the Pacific Theater, my mother's back home experience of WWII determined her view of the world. When I told her that Kristi Yamaguchi had won the 1992 gold medal in ice skating for the USA, my mother told me emphatically that Kristi Yamaguchi was not American, she was Japanese! Despite any explanation I gave, she held firm.

Mom knew all about 40's movies and movie stars, especially Clark Gable and Bette Davis. As a good 1940's swing dancer, her fondest wish was to dance with Fred Astaire! An opera lover, her favorite was Madame Butterfly and the only time I ever saw her cry was when she listened to the famous aria of the abandoned woman, Un bel di.

My mother fit neither Italian-American stereotype: the full-figured woman, nor the lover of good food. During her entire adult life she did not weigh more than 110 pounds. She liked nuts, especially almonds, and chocolate. She liked hot - and the hotter the better - giardiniera as a side dish.

Because my maternal grandfather died shortly after coming to Cleveland from Abruzzi, my maternal grandmother worked as a seamstress at Joseph and Feiss, a Cleveland clothing goods store, to support her six children. Making ends meet was a challenge. Thankfully, my great-grandmother stayed at home to raise my mother's family, and one of her tastiest and most economical dishes was the food staple of the Roman army, polenta with marinara-my mother's favorite. Her restaurant of choice was Bob Evans where she could get fried mush, which she called polenta.

Mom worked at a nursing home until she was 87. When they cut her hours, she went directly to the owner, demanded that they be reinstated, and she got them back. By the age of 99, she was a smiling, active, mobile, healthy vegetarian despite the fact that she enjoyed potato chips, hot dogs and French fries on occasion!

Her ramrod-straight posture communicated a sense of womanly personal dignity, and her fashion advice to my sister, Barbara, and me was always the same: "Be neat and clean." She was meticulous in her appearance even into her 90's. When she was 99, my sister asked her why she had a bandage in the middle of her forehead on the little hair she had left. My mother replied: "It's to hold the curl!"

My mother's Catholic faith was simple and born of an immigrant family struggle. As children, we slept under Raphael's painting, the Madonna della sedia tondo, which portrayed Mary holding a very chubby Jesus with cousin John the Baptist looking on. Mom focused on her rosary and prayed to Mary, Mother of God as "the only one who really understands." She held up the example of the Ursuline Sisters to us as the best part of the church.

My mother did not ask too much of life; she lived close to the vest, and she valued the essentials. Her constant question to my sister and me was, "Why are you living if you are not helping others?" The message was clear - improve the world, at least your little corner of it, and leave it in better shape than you found it.

Mom was insistent that evil be conquered and good triumph. Her favorite action heroes were Steven Segal, Chuck Connors, Steve McQueen and Charles Bronson, the "good looking German" on Combat. At the top of her list was Clint Eastwood. He made her day.

One of my fondest memories of my 97-year-old mother was sitting with my sister and some friends at Nido Italia on Mayfield Road for a Mother's Day dinner. Mom sang along with the vocalist each word of every Dean Martin hit - That's Amore, Please Release Me, Non Dimenticar, You're Nobody Til Somebody Loves You, Volare, I Have But One Hear, Torna sorrento. She much preferred Dean to Sinatra, but Perry Como was her idol.

When my mother was dying, she looked me in the eye and said with resignation, "This is it." Her last piece of advice was, "Enjoy! Try to stay healthy and relax - a little." When my sister called from California to speak with her, I told her, "Barb is calling to say she loves you." Mom replied, "That is all that matters."