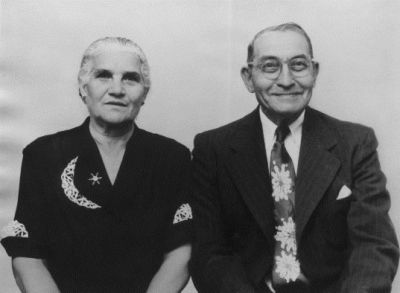 This month, we celebrate America’s birthday. The 4th of July will be full of cookouts, family gatherings and pool time during the day. By late evening, families will be huddled together on patios and shorelines to properly honor our great country as colorful explosions fill the night sky.

Many historians believe that fireworks originated in China, which continues to produce and export more fireworks than any country in the world. It is said that as early as 200 B.C., the Chinese, who would ward off evil spirts by roasting bamboo, accidentally created a natural firework. When heated, bamboo explodes with a bang due to its hollow air pockets. Over the next 1,000 years, Chinese alchemists mixed different ingredients yielding an early form of gunpowder. They stuffed the concoction into bamboo shoots effectively creating the first fireworks.

In the 13th century, gunpowder samples and formulas were brought to Europe and Arabia by diplomats, explorers and missionaries. Western scientists and military leaders worked to make the substance more potent for weaponry. Meanwhile, the softer side of the gunpowder, what we know as fireworks, became increasingly popular to commemorate military victories, public celebrations and religious ceremonies.

By the time of the Renaissance, the Italians were involved. In the 1830s, it was the Italians who were the first to incorporate trace amounts of metals and other additives creating the bright, colorful bursts seen in today’s firework displays. In fact, it was the Italians who discovered that rearranging the elements in different orders within the shell casing would create recognizable shapes and drawings in the sky.

Around this same time, Fireworks by Grucci in Bari and Zambelli Fireworks in Caserta were making modest names for themselves. Starting in the late 1800s, aerial fireworks migrated to the U.S. with these two companies at the forefront.

In 1893, fireworker Antonio Zambelli ventured from Italy to America. With him he carried a little black book full of his family’s fireworks recipes. Antonio established the Zambelli Fireworks Manufacturing Company in New Castle, PA. Today, Zambelli Fireworks is one of the largest fireworks companies in the world. From Antonio to his late son, George Zambelli Sr. to George’s son, George Zambelli, Jr., M.D., generations of Zambellis are known worldwide for setting the industry standard in firework design and technology. Today, Antonio’s little black book remains locked in the family safe.

Southern Italy is the Grucci family’s ancestral home. In 1850, Angelo Lanzetta founded the family firework company eventually immigrating to America in 1870. Through Ellis Island, Angelo brought the family’s pyrotechnic artistry to Long Island, NY. Upon Angelo’s death in 1899, his son, Anthony, carried on the family business. Anthony brought on his nephew, Felix Grucci, Sr. whom the company would eventually be named, to serve as an apprentice in 1923. The Depression years were difficult for the entrepreneurs, but they managed to survive. Felix Sr. married and had three children, James, Donna and Felix Jr., all of which entered the family business. Over the next 30 years, Felix Sr. gained a reputation as a master of his art. He developed the stringless shell, a landmark innovation that eliminated the industry’s greatest safety problem.

In 1979, the New York press dubbed the Grucci’s “America’s First Family of Fireworks” after the family business won the gold medal for the U.S. at the annual Monte Carlo International Fireworks Competition, revered as the most prestigious fireworks competition in the world by those in the industry. For over 40 years, Donna, Felix Jr. and Phil Grucci (son of the late James Grucci), along with Donna’s husband Merlin Phillip Butler and other key members of the Grucci family have revolutionized the technology and standards of the pyrotechnic industry by transforming the night skies to the delight of millions across the globe.

Fireworks by Grucci has been admired during every presidential inauguration since Ronald Regan, every major casino grand opening since the Mirage in 1989, Olympic Games, World’s Fairs, and centennial celebrations of the Brooklyn Bridge and the Statue of Liberty. Today, the sixth generation of Grucci’s are already on board as certified Pyrotechnicians eager to maintain and heighten the family tradition.

Both Antonio Zambelli and Angelo Lanzetta carried with them a dream and a vision to brighten the night skies of America. As Italians do, they instilled the same dream within their children. Thanks to these men and their families, Italian Americans and Americans alike will marvel at the multi-colored hues and patterns set against the black backdrop of America’s skies this July 4th.