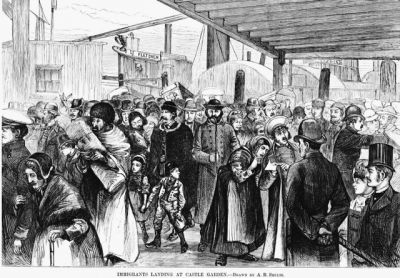 "Genealogy is the second most popular hobby in the U.S., after gardening," says Time Magazine. Italian Americans are certainly second to none in pursuing this pastime that entails careful research and the sharing of results. There's a lot of satisfaction in finding a lost relative or bringing to light a family story that somehow disappeared years ago. Therefore, situating that story and those ancestors in the events and spirit of the times is important. In fact, being knowledgeable about the historical period in which your ancestors lived will aid in the research itself. What are some common misunderstandings about the years 1870-1924, when most of our Italian ancestors arrived in the U.S.?

Tweet
More in this category: « Creative Ways to Use Social Media to Find Your Italian Roots My Favorite Domestic Friend »