The Facts and Myths of the Seven Fishes 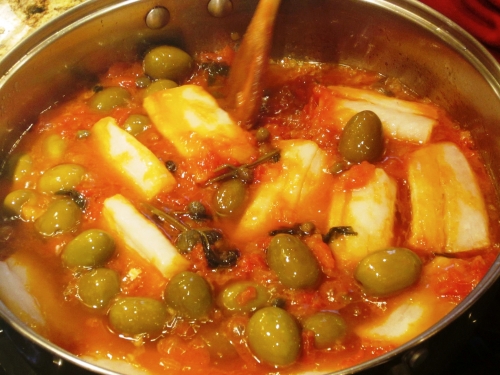 Celebrity chefs like Mario Batali, Rachel Ray and Giada DeLaurentis have made the Feast of the Seven Fishes on Christmas Eve a mainstream "Italian must." Even, my non-Italian friends know about it and ask me "Do you eat seven fishes on Christmas Eve," I look at them strangely, "Seven fishes? We just eat one!" Despite popular belief, not every Italian family eats seven varieties of fish on Christmas Eve. Surprised, right? Well, with the vast differences from north to south, culinary traditions in Italy are rather varied per region and even per family. In fact, in my family, our cena della Vigilia (Christmas Eve dinner) consists of pasta ceci (angel hair pasta with chick peas) as a first course dish-a delicious tradition rooted strictly in our family for decades, followed by pesce stocco alla Siciliana, (cod fish Sicilian style), complete with large, juicy green olives, and other delectable side dishes.

The tradition of the seven fish Christmas Eve meal is typical only to the southern regions, specifically Sicily and Calabria. But why fish? Way back then, the Church mandated that Catholics abstain from meat and milk products on the eve of specific holy days, Lent, and every Friday. It's the Italian way of fasting-I'm quite certain not even the Pope would contest to a feast like this. The actual number seven is rooted in religious symbolism, varying from the seven sacraments to the seven virtues and seven days of creation. Even the number seven itself is considered a number of perfection in Biblical numerology. However, some families take it to another level and do 12 fishes for the 12 Apostles or 10 for the Stations of the Cross. In fact, in Calabria, most families make 13 varieties-just not in mine. Regardless of the number and the true significance, it's important to know that this meal was created as a sign of fasting in wake of the coming of the son of God.

Although every family and region varies, one thing is for certain; the Christmas Eve meal is meatless and consists of fish, just don't expect to see seven fishes on every dinner table; some Italians won't even know what you're talking about if you ask them. Regardless of what you eat or how you eat it, be sure to enjoy it in the presence of loved ones. Lastly, what I love to do is record my mother actually making the whole meal. Having a video record of how the meal is prepared is absolutely priceless and will come in handy one day. Buon Natale e Buon Appetito!