Sylvester Stallone Truly Has the Eye of the Tiger 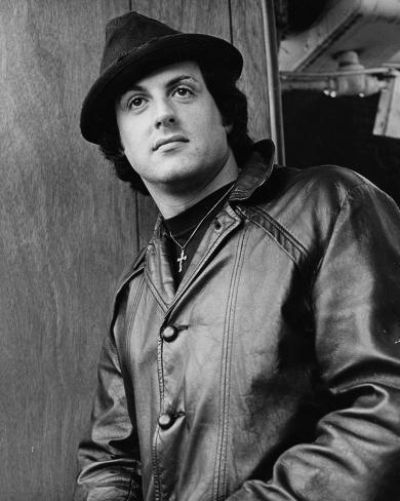 Nicknamed “Sly” and “The Italian Stallion,” Sylvester Stallone is the greatest Italian American action film star of all time. In addition to being a talented actor, he is also a phenomenal screenwriter and director.

Stallone was born on July 6, 1946 in the Hell's Kitchen neighborhood of Manhattan. His childhood was not easy. His parents argued constantly, and young Sylvester went into foster care with his brother, Frank, after their parents divorced in 1957.

The Stallone brothers eventually moved back in with their mother in Philadelphia, but Sylvester’s emotional problems followed him. He struggled academically and was expelled from multiple schools. He found refuge in painting and writing poetry, yet his dream was to become a famous actor.

His father, Francesco Stallone, was born on September 12, 1919 in the Sicilian town of Castellamare del Golfo where he lived with his parents, Silvestro and Pulcheria (née Nicastri) Stallone. The family lived in Castellamare del Golfo until they relocated to the Apulian town of Gioia del Colle when Francesco was 2-years-old. Sylvester's mother, Jackie Stallone, was born Jacqueline Frances Labofish in the nation's capital on November 29, 1921. His maternal grandfather, John Paul Labofish, was born in Williamsport, PA. There is speculation that John Paul was of Jewish heritage, but Stallone has said his grandfather was a Christian of German ancestry. Sylvester’s maternal grandmother was Jeanne Victoria Adrienne Anne Clérec. Jeanne was a French woman, born in Brittany, in the northwestern part of France, to Breton parents.

Sylvester was raised a Catholic and is a practicing Catholic, the reason why he gave up being an adult film actor after starring in an adult film in the early 1970s. He felt that he was disrespecting God and going against his Catholic faith.

After choosing a more professional path, he landed a successful film role in the “Lords of Flatbush,” which hit theaters in May 1974. Things started falling apart for him after that. After getting evicted from his NYC apartment for not having enough money to pay his rent, he began living in his car. In March 1975, he was so broke that he sold his dog at a liquor store for $25. He could no longer afford to buy dog food.

A few weeks later, he saw a boxing match between Mohammed Ali and Chuck Wepner. Wepner knocked the heavyweight champion down with a right blow in the ninth round. That is what gave Stallone the inspiration to write the screenplay for Rocky. The lead character, Rocky Balboa, is loosely based on the Italian American boxing legend Rocky Marciano.

Stallone was given an offer of $125,000 for his screenplay by a Hollywood studio. He agreed under the condition that he starred as Rocky Balboa. The studio refused; they wanted a well-known Hollywood actor to play the lead role. Stallone walked away with his screenplay. A week after refusing to sell to the studio, they made him another offer, this time of $250,000. He walked away again with only $100 left in his bank account.

A deal was finally reached between Stallone and the producers. They decided to let him star in the film as Rocky Balboa, with the condition that the studio got the film for free and would pay him $35,000 to play Rocky. That was an offer he did not want to refuse.

“Rocky” was released in 1976 and was the highest-grossing movie of that year, earning more than $117 million at the box office. Stallone gained worldwide fame with his starring role in “Rocky” and won an Academy Award for Best Actor at the 49th Academy Awards in 1977. “Rocky” also won Best Picture. Film critic Roger Ebert from the Chicago Sun-Times gave the film 4 out of 4 stars and said that Stallone reminded him of a "young Marlon Brando."

The red and yellow robe that Stallone wore in “Rocky” is in the Smithsonian. Fans continue to run up the steps that lead up to the entrance of the Philadelphia Museum of Art, mimicking Rocky's sprint to glory. People come from all over to take selfies with the Rocky statue near the steps. To add to all of that, Stallone was inducted into the Boxing Hall of Fame in 2011, making him the only actor ever to receive the honor.

Tweet
More in this category: « Matteo Bernardini's "The Little Pitchfork Rider" Potentially Dangerous: When it was a Crime to be Italian »