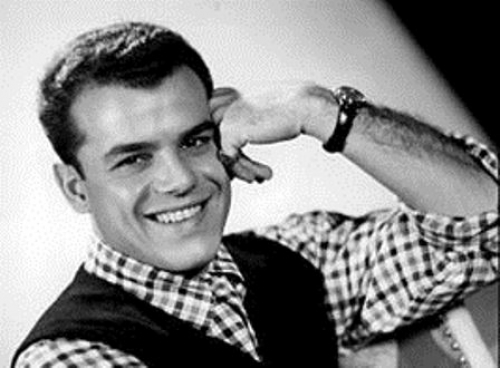 Julius La Rosa grew up in Brooklyn, NY listening to records by Frank Sinatra and bands like Glenn Miller, Tommy Dorsey and Harry James. After finishing high school, La Rosa joined the Navy and was soon singing with the U.S. Navy Band in Washington, D.C.

It was with the Navy band that the "Old Redhead," Arthur Godfrey, the #1 personality in broadcasting, heard him sing and told him to come see him when he was discharged. La Rosa did just that and soon after was appearing on Godfrey's television show. From November 1951 to October 1953, La Rosa was a member of Godfrey's CBS TV series.

In between shows, La Rosa took singing lessons and was soon recording his first song which made the top 30 list. A surprise on-air firing by Godfrey didn't hold La Rosa back. Shortly after, his third recording was an astounding success. "Eh Cumpari" reached second on the Billboard charts. In fact, the publicity paid off for La Rosa whose next record "Domani" was another hit. In the late 1950s, La Rosa had a series of hits including "Get Me to the Church on Time" and "Suddenly There's a Valley."

Later, La Rosa appeared in many TV shows and starred in the film "Let's Rock" before becoming a disc jockey. He continued to sing and occasionally record. La Rosa currently lives in Westchester County, NY.

Tweet
More in this category: « East side, West side, all around the town... An interview with Giada Valenti »