Around the Horn with Dominick Farinacci 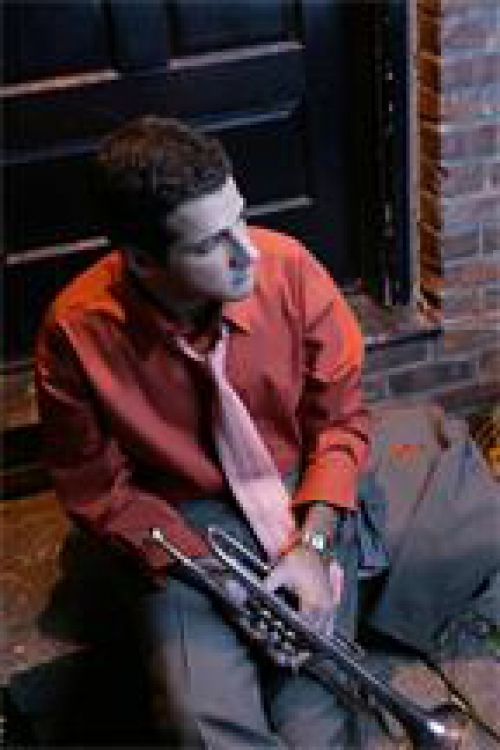 When Dominick Farinacci was a sixth grader in a Solon, he wanted to play drums but his music teacher countered that they needed a trumpet player. On her advice, he switched to the horn performed prominently by the likes of Harry James, Miles Davis and Louis Armstrong. During his 28 years, Farinacci listened to James, Davis and Armstrong.

While still in high school, Farinacci performed at the Tri-C Jazz Festival at Cleveland's Palace Theatre where the eminent Wynton Marsalis heard him and was so impressed that he asked Farinacci to come play for him one-on-one backstage. Keeping in touch with the 'master' Marsalis later invited Dominick to join him to play on a PBS broadcast "Live From Lincoln Center." Shortly after, Farinacci became one of 18 young musicians selected worldwide to become part of the inaugural class of the Jazz Studies Program at the prestigious Juilliard School in New York City.

Just one year after moving to New York City to attend Juilliard, Farinacci signed a recording contract with a Japanese label and in seven years recorded 8 CD's, many of them placing #1 on the Japan jazz charts. Through his recordings and tours, he was given prestigious honors such as the "International New Star Award" and placed 1st in the Carmine Caruso International Trumpet Competition back in 2003. Since then he has been primarily touring the world with his band.

Upcoming is a major showcase concert at the Hanna Theatre for a new educational program Farinacci developed for Tri-C. It focuses on bringing young internationally acclaimed jazz artists to Cleveland various times throughout the year to work with students at Tri-C. Additionally, these young artists will perform for and work with students in the surrounding middle schools and high schools, and will present concerts around the community throughout the year.

"I'm really excited about this program, which will introduce the young students to some of the finest young jazz musicians in the world. Jazz is America's greatest contribution to the arts and Cleveland has such a rich musical history, and I want more kids to have an opportunity to be inspired by this music."

Farinacci will be the Artistic Director and Terri Pontremoli (currently the Executive Director of the Detroit International Jazz Fest) will be Managing Director.

Dominick will release his next highly-anticipated CD worldwide on July 26, 2011. His first US Release, "Lovers, Tales & Dances" (2009) garnered the attention of many luminaries including Quincy Jones, who says of Dominick, "â¦this kid is 360 degrees!" The CD release will be supported by a worldwide tour beginning with a concert at Lincoln Center in New York City. He's also hoping to contribute to the musical role of Harry James in a planned movie about Frank Sinatra starring Leonardo DiCaprio and directed by Martin Scorsese.

On his father Michael's side, Farinacci tracks his roots to Campobasso in the Molise region. On his mother's side (Nancy), his great-grandparents immigrated from Ravanusa, Sicily. He has one brother, Michael, who is four years older.