Italian Cemeteries Are Fascinating and Free! 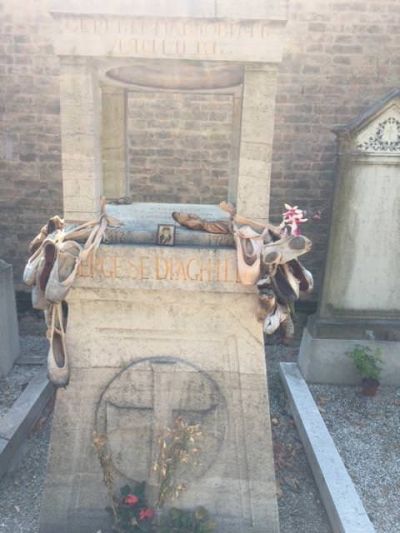 When all the tourist spots in Italian cities become overcrowded again (and we never thought we would long for it!), here is an idea for peaceful, fascinating explorations. Cemeteries represent a microcosm of Italian life, from the flamboyant gothic fantasies of prominent 19th century industrialists to the more modest headstones bearing touching descriptions or old photographs.

I have chosen only three of my favorite cemeteries to share. There are many others, equally intriguing, such as the monumental and famous Genoa Cemetery or the park-like cemetery of Ferrara with its buildings cracked by the recent earthquake. In fact, any cemetery you care to visit will provide stories, vernacular architecture and an insight into the local area.

If the idea of a visit as a foreign tourist worries you, do not let it. Italians do not seem to dress as formally for funerals as many other nations. If you come upon a funeral, nobody will mind if you observe quietly from a distance, and people paying their respects at gravesides will pass the time of day. Obviously, it would be frowned upon to eat or drink inside the cemetery, but there are no rules about clothing.

Venice has buried its dead on the island of San Michele since the early 19th century. It is easily accessible by boat from the city, (vaporetto numbers 41 and 42 to Murano) from Fondamente Nova, which is also a good vantage point for watching the occasional funeral processions where boats set off across the Lagoon carrying a coffin heaped with wreaths, followed by dozens of mourners.

The graves are arranged in sections. It helps to get a map to locate the more interesting parts because the layout is quite confusing. The Orthodox graveyard is in a charming walled garden. There is an area where gondoliers are buried and the graves of the famous can be found against the far wall. Sergei Diaghilev and Igor Stravinsky’s tombs are piled with flowers and ballet shoes. Posies and poems are left on Ezra Pound’s grave. Space on the island is limited. Nowadays, dead Venetians are only guaranteed about 10 years of rest before the remains are exhumed and stored in an ossuary.

Almost every tourist in Florence will be north of the River Arno, seeing the great art and architecture around the Duomo and the Uffizi Gallery. The shoestring traveller will do better to cross the river and climb the hill to the beautiful church of San Miniato to discover not only the finest view of the city, but the church and its fascinating graveyard, all for free.

Rome: A Tranquil and Engrossing Wander Through History

Rome’s largest cemetery, the Cimitero Communale Monumentale Campo Verano, is the most extensive in Rome with 2,253 memorials, as well as countless smaller graves. There have been burials on the site for at least 20 centuries. Remains have been found of the Roman catacombs of Santa Ciriaca, but the present layout was begun in 1804 following a Napoleonic edict which forbade burials in churches or towns. Located in the unpromising district of San Lorenzo, Campo San Verano is in a poor, run-down area to the east of Termini Station. Here you see the unemployed, the old men playing cards, the immigrants, living in graffiti-covered shabby buildings, but at the grand entrance to the cemetery everything changes. Peaceful tree-lined avenues and smaller pathways lead away past monuments of every style and size, closely packed but all carefully tended. Many are architectural gems.

It is pleasant just to wander in, past the flower sellers, and explore. You might catch a funeral with mourners spilling out from the chapel and enormous wreaths being carried up the stairs. Or you might explore the minor alleyways, sometimes with an orderly layout of what could be a 1930s holiday camp of little concrete cabins which serve as family tombs, or a jumble of gothic monuments each trying to outdo its neighbour in outrageous display.

If you prefer more structure to your exploration, there are themed walks taking in the great and the good of Italian professional life (politicians, film stars and directors, TV stars, writers, scientists, etc.) with details and maps on a notice board at the entrance, as well as three sections:  Jewish, Catholics and Victims of WWI. It is rather like the cemetery of Pere Lachaise in Paris, except that it does not have the same reputation as a visitor attraction, although it certainly has the same number of famous names.

There are many statues depicting military men: sea captains leaning nonchalantly on their ship’s wheels or generals with improbably large mustaches proudly holding their swords or rifles. Some monuments carry photographs of the deceased, while earlier ones have charming painted portraits.

If it has never occurred to you to go sightseeing in a cemetery, I recommend it. Italy has a great many cemeteries which are wonderful repositories of vernacular sculpture. But as Campo Verano is in Italy’s capital city, it is probably the most interesting in terms of its ‘occupants,’ and the most refreshing in terms of an escape from the frenzy of mass tourism in Rome, when that happens again.

View the embedded image gallery online at:
https://www.lagazzettaitaliana.com/travel/9774-italian-cemeteries-are-fascinating-and-free#sigProId0d0bb3667f
Tweet
More in this category: « U.S. Passengers Can Now Board Covid-Tested Flights to Italy Saints of Montefiascone »