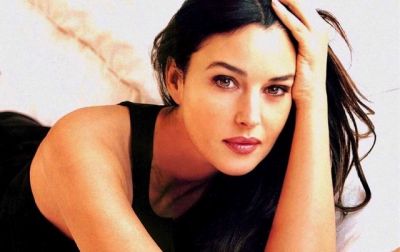 Our gratitude to film festival sponsor
Italian Tours and Travel by Diana.

The Cleveland Italian Film Festival is the first independent film festival in Northern Ohio to exclusively showcase Italian award-winning films in Cleveland area theaters and has sold out every year since its inception.

A wonderful film with outstanding comic performances! Villagers in the remote, mountain village of Pietramezzana will not give up their dream of reviving their dying village, firmly believing the opening of a mining company to employ villagers and getting a doctor to live there could be the solution to all their troubles. To achieve this, they hatch an elaborate, ingenious plan full of fakery; from pretending to have a local cricket team, leaving money outside the doctor’s home and having the town’s one restaurant add sushi to the menu – along with other uproarious schemes.

“Like a Cat on a Highway” (“Come un gatto in tangenziale”). Comedy. Sept. 12, Capitol Theater.

Giovanni and Monica are the two most diverse people on the face of the earth. He is an intellectual and a social integrationist living in the center of Rome, while she is poor and a former cashier of a supermarket, dealing every day with the real problematic environment of her suburban neighborhood. They never would have met if their children had not fallen in love. They do have a common goal though: to end the love relationship their children have which they believe has the life expectation of a "cat on a highway.” Brilliant acting by Italian film star Paola Cortellesi rounds out this delightful comedy.

Happily engaged, Antonio brings his fiancé Paulo home to the beautiful old Italian village of his birth to meet his headstrong parents and journey back to his roots. They are greeted with open arms until they break the news of their marriage. Many laugh out loud moments, stellar acting by Italian film stars Diego Abatantuono and Monica Guerritore, coupled with beautiful cinematography of the lovely, quaint hilltop village of Civita di Bagnoregio.

A heartwarming, brilliantly acted film. Arturo, a fallen, three-star chef whose anger issues resulted in his having to do community service, meets Guido, a young, aspiring chef with Asperger’s Syndrome who he takes under his wing. They both team up for a culinary competition. Both are artists and culinary geniuses in their own way. The transformation from antagonizing each other to working as a team ends in quite a journey. Against difficult odds, Guido stays true to his inborn talent remembering Arturo’s advice: “The world needs a more perfect spaghetti al pomodoro than it needs a chocolate branzino fish.”