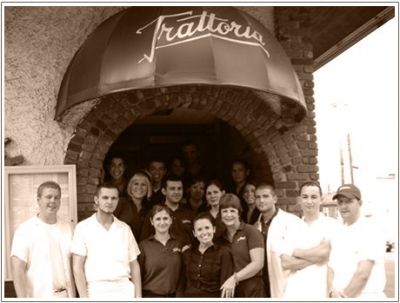 In more recent times, it’s the Trattoria Roman Gardens at 12207 Mayfield Rd. in Little Italy. But, during yesteryears, it was simply Roman Gardens and the food and fame were co-owned and served by the D’Agostino family: Domenic and his brother, Frank, mother, Anna Maria, and sisters Teresa (Pezzimenti) and Mary (Mandalfino).

Recently, Domenic passed away in Naples, FL where he was co-owner of the Sheraton Edgewater Beach Hotel and the Sheraton Golden Gate Country Club. He was 85.

The D’Agostino’s were known for their dinner menu and reminding customers to allow sufficient time for its preparation. Reservations were encouraged.

The backside of the menus featured readings from poets and novelists like Robert Browning, Lord Byron and Shakespeare. Samplings included Browning’s “Open my heart and you shall see, engraved inside of it, Italy.” From Shakespeare: “Not that I loved Caesar less, but that I loved Rome more.” Hawthorne was quoted: “Rome? The city of all time, and of all the world.”

And a quote that all of their patrons could have provided: “I will praise Roman Gardens and Little Italy for all of its wonderments forever.”

Tweet
More in this category: « Matt Zone The Old Man »