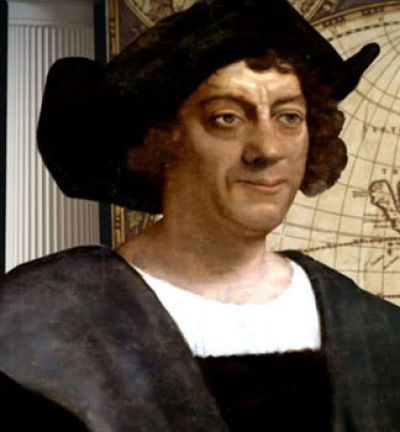 Much has been written about the violence perpetrated on the natives of the islands where Columbus landed in 1492 and during his subsequent landings from 1493 to 1504. According to these authors, Columbus is responsible for the torture and genocide of, what some claim, may be millions of natives and is also blamed for initiating slave trade and other atrocities. Columbus is attacked for his treatment of the natives, but one underlying cause was the conflicts between the natives and the Spaniards. That started after Columbus returned to Spain when the natives killed all the men he left in a small fort built at Navidad, the first European settlement on the islands.

When Columbus returned on his second voyage, arriving with over 1,000 men to establish the Spanish colony, the natives were more resistant. The islands were under Columbus’s rule, but he placed others in charge. Conquest is a part of history and almost every country has a history of battles won and lost. While the circumstances of conflict are different, the causes of conflict are, in most cases, for resources, land or religion. With Columbus sailing for Spain, in the interest of the King and Queen, the goal was all three: resources, especially the spices of the east such as pepper, cinnamon, ginger and cloves, but also gold and other precious metals and new lands with any inhabitants being converted to Christianity.

Columbus labeled his mission La Empresa de las Indies, Enterprise of the Indies. He was intent on finding a western route to the Indies, but he was also under contract with the King and Queen of Spain to provide them with the resources they expected as a result of funding the voyage. Land routes for spice trade blocked during the Ottoman Empire, uprisings caused by religious differences and Portugal pursuing water routes along the coast of Africa to the east converged with Columbus’s plan and the Spanish monarchy’s desire for expansion and provided the opportunity for Columbus to sail west.

It is important to understand the causes that led to Columbus’s first voyage. Teaching or writing about history must be presented as it relates to surrounding circumstances. Otherwise, history becomes skewed and when events in history are isolated, it is easier to distort and twist the recorded accounts. Likewise, choosing one person in history, isolating his life by ignoring the history surrounding his life, attacking him based on misinformation, degrading his undertakings, and berating his accomplishments by not considering the history that affected his decisions and actions, presents a serious defect in the telling and teaching of history.

History, including the history of the Americas, did not begin with Columbus. Numerous countries – on both sides of the Atlantic – have lost civilizations and many have a history of slave trading. Columbus did not plan to annihilate an entire population and he did not initiate slave trade. That began in the mid-1440s with the transatlantic slave trade from Africa to Portugal. (Some sources refer to ocean travel between Europe and Africa as transatlantic.) Infante Dom Henrique of Portugal, known as Henry the Navigator, sponsored sea travel along the coast of Africa in an attempt to find a route to India. Whether kidnapped or sold by tribe leaders, the African slave trade was an instrumental part of Portugal’s economy. In 1444, the first slave market was built in Lagos, opening slave trade throughout Europe.

While archaeological finds and written records provide accounts of historic events, those who interpret these events should provide a well-rounded discussion on a topic. By constantly defaming the Italian explorer Christopher Columbus, the teachers, institutions and supporters of this misinformation not only skew history, but also damage the self-worth of the Italian American students they teach and demean the rich culture of Italian Americans.

Tweet
More in this category: « NIAF Statement on Christopher Columbus and Columbus Day The Columbus Letters »